Whenever I tell people outside of medicine how bad doctors are with money, they are always shocked.  Almost universally, they wonder why we don’t save enough money.  They understand that – to become a doctor – you must be hardworking, intelligent, and dedicated to the cause.  These are the same attributes – when they are applied correctly – that result in financial success.  How in the world can doctors be bad with money, then?

The most recent Medscape Wealth Survey showed that only 50% of physicians have $1 million in net worth.  This includes their house.  And, this is even though 75% of the 20,000 physicians who completed the survey admitted to working with a financial planner.

This begs a few questions.  Why are doctors so bad with money?  Why don’t doctors save enough money?  And what can be done about it?

I’ll give you four reasons, though I bet you can name some more in the comments below!

While it takes raw intelligence and strong reasoning skills to become a physician, these same attributes can hurt us when it comes to making rational decisions about how we spend our money.  And, I’ll be the first to admit that I am bad about rationalizing poor financial decisions.

What do I mean?  Well, whenever I see something that I want, I can rationalize my way to why I “need” the new truck, house, golf club, etc. “It will help me get to work when it snows!”  “The bigger house will allow us to have people over more often, which is important to us!”

Of course, these reasons all sound good … but that’s the point.  As intelligent people who like to reason, we can “reason” our way to pretty much any bad choice.  It is a strength in our jobs and a real weakness when it comes to moderate minimalism and saving enough money for retirement.

This is one of the many reasons that good investors utilize a backwards budget.  They save enough money first for their financial goals and spend what is left.  This is in direct opposition to what most people do when they spend their money first on what they rationalize first and saving what is left.

An overwhelming number of physicians that I know have nannies, maids, lawn care services, pest control, gardeners, mechanics, and even food-delivery services.

None of these things are intrinsically bad, but they are outward signs that physicians love to outsource things that they would rather not spend their time doing themselves. And 75% of them outsource one other thing: managing their finances and investments.

Unfortunately, most of these financial planners do not meet the gold standard of financial advising (Fee-only, fiduciary, flat-fee advisors who have experience working with people like you and charge a fair price – here is a list of some advisors that do meet this standard).  If they did, this would likely serve as a boon to their finances instead of conflicted financial advice where money is lost to fees and commissions.

A reason to avoid outsourcing

I recently reviewed an ADV of a financial advisor in my community.  The AUM fee ranged from 1.7% to 2%. The ADV also stated that the advisor preferred individual equities (individual stocks – which is a loser’s game), actively managed mutual funds (which have been shown to be outperformed by index funds 90-95% of the time), and annuities (likely because they make a commission).

Based on the fee-schedule, this advice costs somewhere between $10,000 to $50,000 depending on the amount of assets that this advisor manages.  So, many people in my community are not only getting bad advice.  They are getting expensive bad advice.

This is what happens when people don’t learn enough about personal finance to protect themselves.  And, given that physicians outsource everything, they fall prey to conflicted financial advisors far too often.  This might be due to the giant financial target on our back.

Please, do your due diligence and learn the 20% doctors need to know about personal finance to get 80% of the results.

3. Doctors are competitive (except when it comes to saving enough money)

This happens in medicine because physicians are naturally competitive, which is one of the reasons we got into medical school in the first place.  Whether we were playing a single player game trying to out-compete ourselves, or competing against others: Competition is part of the game.

Unfortunately, this makes it hard to get excited about doing the right thing when it comes to saving and investing.  Accepting average market returns seems too bland at first, because life has taught us time and time again that “hard work pays off.”  We want to do the research and pick winners!

Good investors have learned that the opposite is true when it comes to investing.

Automatic savings and passive investing are what pay off in the financial arena.  In fact, by investing in passively managed index funds that accept average market returns, investors can expect to do better than the vast majority of investors out there.  Why?  Because most of them don’t understand this concept.

Who knew that you could be both average and competitive at the same time?

4. We love the doctor’s lounge

The doctor’s lounge.  This is the place where we can bask in the glory of our frivolous spending!  We surely don’t spend time bragging about saving enough money.

Maybe this is another example of our competitive nature, but sometimes when doctors get around other doctors, even keeping up with the Dr. Joneses isn’t enough.  I’ve rarely visited a doctors lounge where someone didn’t discuss an upcoming big trip, expensive purchase, or the most recent toy that they have purchased.

Again, this isn’t wrong in and of itself, but when I think about these conversations in light of how bad doctors are at saving money, the thought is depressing.

Perhaps the biggest reason that doctors aren’t good investors is that they never performed the first step, which is to save money.  After all, money that isn’t saved cannot be invested.  And doctors sure know how to not save money (i.e., we know how to spend it).

If they could have limited their lifestyle creep through the 10% rule, perhaps they wouldn’t have become a statistic where they have very little in net worth (where what little net worth they have is mostly composed of the equity in their home).

Some of the very same features that got us into medical school, prevent many doctors from finding financial success. We are competitive and hard working outsourcers who over rationalize most things.

This is a recipe for little savings and bad investment decisions.

Maybe, if we spent a little bit of time learning about personal finance and where to get our financial advice, we would not only save our patient’s lives, but we would actually save some money so that someday we might be able to save our life, too. 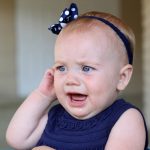 Why MIPS is a useless mental exercise 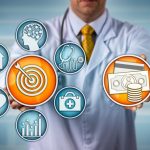