You can save your baby for $2 million. Can you afford to do this? If you cannot, should we all pay?

Spinal muscular atrophy (SMA) is a rare genetic disease affecting the part of the nervous system that controls voluntary muscle movement. All types of SMA result from a single known cause, a deficiency of a protein called SMN, for “survival of motor neuron.” When SMA symptoms are present at birth or by the age of 6 months, the disease is called SMA Type 1 (also called Werdnig-Hoffmann disease). Babies with SMA Type 1 typically have generalized muscle weakness, a weak cry, and breathing distress. They often have difficulty swallowing and sucking, and don’t reach the developmental milestone of being able to sit up unassisted. These babies have two copies of the SMN2 gene, one on each chromosome 5. Over half of all new SMA cases are SMA Type 1. It is a horrible disease; untreated, half of all affected infants will not live to one year of age, or if alive will require a ventilator (breathing machine). The disease affects about one in every 10,000 births, so there are about 300 to 400 babies born each year in the United States with this up-until-now fatal disease.

On May 24, the FDA approved a gene-based therapy for SMA-1 called Zolgensma, developed by a company that was bought by Novartis. The therapy involves injecting affected babies with an adenovirus containing a copy of the correct gene, that is taken up by the babies’ spine and theoretically cures the disease permanently. The trial which led to FDA approval was done on 22 affected babies; it showed that 21 of 22 were alive and reaching expected developmental milestones at 9.5 months of age.

Untreated, 50 percent of these babies would not be expected to be alive at one year. For the parents of these babies, a miracle. The only fly in the ointment was that Novartis announced the treatment would be priced at $2.125 million! The only previously-approved gene therapy for an inherited disease was approved in 2017 for a rare, previously untreatable, eye disorder leading to blindness. This was priced at $425,000 for each eye. These two treatments promise (though long-term results are many years away) to cure a disease. We are now also starting to see new drugs to treat uncommon and hard-to-treat diseases that are not cures but which carry a sky-high price tag. One is Orkambi, used to treat cystic fibrosis, a hereditary disease that is treated much more easily than it used to be, though children with it are still prone to repeated lung infections. This drug clearly improves the course of patients with cystic fibrosis, but modestly, and is priced at $250,000 a year and must be taken indefinitely.

The focus of lawmakers has been, not surprisingly, on common drugs that are seeing steady price rises well above inflation, and which are taken by millions of people. Insulin is the classic example. Its price has resulted in diabetics skipping their doses and getting sicker or even dying, and this for a drug that has been in use since 1922. While pharmaceutical companies have tweaked the molecule, there have been no breakthroughs. I believe that there is enough outrage that Washington will convince or force the pharmaceutical industry to at least moderate their price increases.

What we have not yet come to grips with is how to deal with the astronomical prices of the new “breakthrough” drugs such as Zolgensma. It is hard to see a health insurer refusing to pay for a truly life-saving drug. Among the many problems to be faced are how an insurance company deals with the fact that they may be paying for a drug for a patient who will not be even in their plan next year: Is it fair to them? What happens if the miracle loses its luster a few years down the road. The results for Zolgensma are after less than a year of use. What happens if the effect wears off? Does Novartis have to refund some or all of the money? If we treat 350 babies a year, we are talking $700 million per year — and the U.S. already spends too much on health care. Does that money come at the price of bridges falling down? Since many of these new gene-based therapies grew out of public (NIH) funded research, it is reasonable for our elected representatives to negotiate a “fair” price that takes this into account and does not simply allow big pharma to enrich its executives and shareholders.

You remember that old Chinese curse: “May you live in interesting times.” Well, hold onto your hats. The next few years will be very interesting.

A physician's sudden, disastrous day. And its tragic consequences. 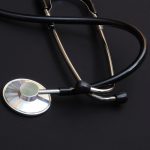 Ageism in medicine is real. How can it be stopped? 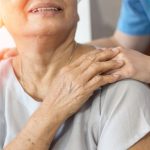 You can save your baby for $2 million. Can we afford to do this?
3 comments