Lately, I have been contemplating the growing political divide in this country. We seem perpetually locked in a state of partisan gridlock. Our nation is stuck in a continuous news cycle dominated by party politics. This perpetuates party divisions and takes us further away from bipartisan consensus on how to achieve and sustain the common good. The gulf between the parties has become so deep, that we can’t even agree on what the common good is, including how to define and actualize the constitutionally protected fundamentals of life, liberty and the pursuit of happiness.

Over the past few years, I have watched in dismay as I have seen our political parties on both sides of the aisle fight for power and control using social welfare and health care as bargaining tools, but never reaching bipartisan consensus on many big issues. When the Affordable Care Act passed, it did so on a weak footing, because of lack of bipartisan support and now that it is floundering we run the risk of trying to fix it or replace through the same one-party process. I am saddened and disheartened to see the most basic essentials of human welfare being used as political footballs to score cheap partisan points. I am convinced that these political games are bad for America’s psychological, emotional, and physical health.

Were on the same team, or at least we should be.

I have come to believe that there is limited benefit to contributing to the cacophony of self-serving political commentary. At a time when so many political pundits, commentators, bloggers, and even news anchors are giving their political spin on the issues of the day, I would like to suggest a move away from partisan bickering and migration towards cooperative discussion. What is the point of having a public voice, if not to promote civil dialogue aimed at driving the type of consensus and unity that helps build healthy communities? I believe that the key to progress is rise above the partisan rhetoric and to find a common middle ground of consensus where practical solutions that advance the common good can be found. We need to find a way to speak to the issues without engaging in divisive party politics.

Many of us have family and friends on both sides of the aisle and have experienced the unfortunate and unnecessary wedge that political differences can drive between individuals. Clearly, different people, from diverse backgrounds are bound to see things differently. That’s the beauty of our great free society — we are free to disagree openly, but we must be prepared to receive constructive criticism and engage in productive discussion with those who disagree with us. We need to figure out how to coexist and respectfully learn from the strengths of those who differ from us while compassionately addressing what we see as each other’s weaknesses. The AAFP Communities provide safe forums where such healthy dialogue can occur.

Although we all have the same basic needs, we often disagree on how to achieve these goals and to what extent the government should be involved in promoting or guaranteeing them. The problem seems to be not so much that we disagree on many core issues, but how deep we are retreating into our respective political corners and how far we are willing to go to defend and promote our positions, without consideration for very real and destructive consequences to our fragile union as a free democratic society.

So, I urge that we ask ourselves the following questions when contemplating the perspectives of others: Could we not be more willing to respectfully consider one another’s viewpoints no matter how different they are from our own? Is it not possible to face disagreement with the understanding that although someone else’s ideas may seem diametrically opposed to one’s own, they may simply be another side of the same coin? After all, isn’t it our freedom of choice, belief, and lifestyle that makes our great American union special and worthy of protecting? Can we not respectfully listen and learn from each other and grow together as a cohesive society, rather than bickering and trying to drown each other out? If we continue on proceeding down this divisive path, like a dysfunctional family set on destroying itself, we may never recover and could lose the future for our children.

My heartfelt plea is that we strive for consensus on the big issues, especially when it comes to health care and social welfare and that we determine to put the common good of all Americans over that of our own political or social agendas. It would be wise to heed the cautionary admonition that a house divided against itself cannot stand and there is no sustainable public welfare without bipartisan compromise. We should remember that health care was a human issue before it became a political one and it will remain so long after the current two-party system in gone. With these thoughts in mind, let’s work together to bridge the political divide and make a cohesive and sustainable society that promotes and protects the health and welfare of all its citizens, regardless of political party, race, culture, or socioeconomic status. Let’s stop the political creep and put an end to partisan gridlock.

$34,000 to save mothers and their children from postpartum depression 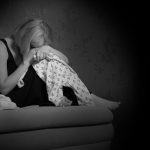 The journey of being a parent in medical school 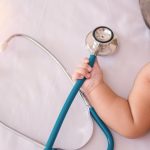 Political games are destroying our national state of health
10 comments