Physicians often, by virtue of their degree, have easier access to medical care. Yet the care they actually receive may be substandard. Here’s why.

Years ago, I broke my wrist. Visiting a local hand surgeon, I was relieved to hear that surgery would not be required — wearing a cast for a few months would probably do the trick. But then the doctor, knowing that I’m a swimmer, asked if I would prefer a rigid cast or one that could be removed regularly during my swim.

“But would a removable cast support my wrist adequately?” I asked.

“Which would you want for yourself?” I asked.

When he replied, “the hard cast,” I responded: “Then that’s what I want.”

More recently, my cardiologist, treating me for rare episodes of atrial fibrillation and, at 72, having a CHA2DS2-VASc score of 2, discussed with me the pros and cons of anticoagulation. Keenly sensitive to my body, I know when I’ve gone into atrial fibrillation — usually once, for less than a day, every year or two. (During these episodes, I’ve taken Eliquis.) Also, as a hiker, I expressed concern about falling when out on the trail and having a bleed into my brain.

Responding to my reluctance to be anticoagulated, my doctor didn’t push, though we both agreed that as I neared 75 and an elevated CHA2DS2-VASc score of 3, that would be the time to start Eliquis. But I didn’t get that far. Last week I had a small stroke, “The smallest I’ve ever seen,” said my neurologist, and one that will probably leave no residual symptoms. The stroke was strictly sensory with numbness in my right arm and paresthesias elsewhere. My cognition, speech, and motor skills were, fortunately, not affected. Yet still. When I discussed this event with my cardiologist, he was distressed and remorseful. He now realizes he should have been “paternalistic” and made a clear clinical recommendation that I take Eliquis years ago. He acknowledged that most other patients in his practice, over 70 with a CHA2DS2-VASc score of 2, were anticoagulated. So why was I not?

My contention is that, in these two above cases and others I’ve heard about, the physician-doctor is too likely to treat the physician-patient as a colleague, rather than a patient. The doctor is thus excessively deferential to his patient, giving his patient’s voice and preferences equal weight in the discussion of treatment. Yet, as a patient, we doctors can’t muster the necessary objectivity to see our own case clearly, and we probably also aren’t specialists in the field for which we’re being treated. (I am a psychiatrist.) Now I’m on Eliquis, and will be for the rest of my life. Luckily, I “dodged the bullet,” as my neurologist said, but paid a price in terms of equanimity and some remaining mild paresthesias — which he expects will completely vanish over time.

When I was a mental health worker before attending medical school, I heard the adage, “Special patients don’t get well.” This phrase has stuck with me. We as physicians can easily become special patients getting “special” care, rather than the standard, and often better care that the more “ordinary” patients receive. In this case “special” becomes a loaded word, and a risky one.

Howard Rosenfield is a psychiatrist. 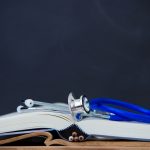 Endocrinologists are needed more than ever. Why are they being devalued? 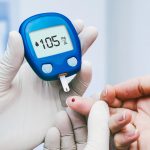