A 28-year-old woman is evaluated for decreased exercise tolerance and ice cravings for the past several weeks. Medical history is notable for Crohn colitis diagnosed 6 years ago. Her symptoms flared 3 months ago with increased abdominal pain and diarrhea, and she began therapy with azathioprine and infliximab. Her only other medication is ferrous sulfate tablets, 325 mg once daily, which she has been taking for 6 weeks after being diagnosed with iron deficiency anemia; her hemoglobin level at that time was 8.2 g/dL (82 g/L).

On physical examination, vital signs are normal. She is thin, with pale conjunctivae and nail beds. Cardiac examination reveals a grade 2/6 systolic flow murmur. The remainder of the examination is unremarkable.

The correct answer is A. Intravenous iron preparation.

The most appropriate treatment is parenteral iron therapy. This patient has severe iron deficiency and inflammatory bowel disease, which impairs iron absorption in the duodenum and proximal jejunum and commonly leads to increased gastrointestinal blood loss. Several parenteral iron preparations are available, including iron sucrose, ferric gluconate, ferumoxytol, and iron carboxymaltose. These preparations are better absorbed and have a better side effect profile than previous parenteral preparations, such as iron dextran.

Liquid preparations of iron are useful in pediatric populations or to provide an even lower dose of iron than would be present in a single tablet, but no evidence suggests that the liquid form is better absorbed.

Increasing the frequency of oral iron therapy will not address the basic problem of this patient’s malabsorption. Additionally, recent information indicates that patients with iron deficiency with normal intestinal function have a paradoxical decrease in iron absorption when supplements are administered multiple times per day compared with once daily, perhaps owing to hepcidin stimulation. Hepcidin, a peptide hormone produced in the liver, is a main regulator of iron homeostasis. It decreases intestinal iron absorption and release of iron stores by down-regulating the ferroportin-mediated release of iron from enterocytes, hepatocytes, and macrophages. Hepcidin is produced by hepatocytes when iron is abundant and in inflammatory anemia; it is suppressed in iron deficiency anemia.

Sustained-release iron preparations should never be used because much of the iron in these preparations is released distal to the jejunal site of absorption. 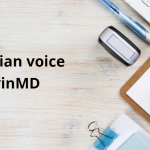 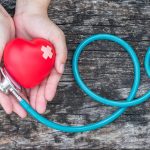