Recent polls show a majority of Americans support Medicare for all, but few seem to realize that no other system in the world operates like the current single payer proposals in Congress. Recently, I addressed the concept of single-payer health care, with Cuba’s system as an example. Today I’m writing more about the ideas being discussed now in our country and how those compare to other nations that provide some type of universal care.

There are four significant misconceptions about universal health care systems that should be initially addressed:

1. Most universal health care systems are not highly centralized,

3. Private health insurance plays a major role in most developed countries with universal coverage, and

Bearing these differences in mind, the Commonwealth Fund recently compared universal health care systems found in other countries with the U.S. single-payer bills proposed in Congress.

The country bearing the closest resemblance to the U.S. proposal, where decision-making is centralized, is France, where the government is responsible for 77 percent of total health expenditures. There is an out-of-pocket cost share for patients though it is relatively low, at 7 percent annually. The Netherlands, Singapore, and Taiwan are also highly centralized; however, they are smaller in scale — with populations similar to that of individual U.S. states — and their relative affluence allows them to sidestep long wait times.

In reality, “hybrid” systems, where decision-making and financing are shared among federal, provincial/regional, or local governments, are the most cost-effective way to deliver universal health care coverage to a large population. In Australia, Denmark, the U.K. and Norway, policymaking and resource allocation decisions remain centralized, yet there is flexibility within a region to distribute funds in a more individualized manner best suited to local needs.

At the other end of the spectrum are Canada, Germany, Sweden, and Switzerland, which provide “decentralized” universal health coverage, whereby decision-making and resource allocation is regulated at the regional or provincial level. In Canada, for example, each province receives per-capita block grants from the federal government.  A “block grant” is a fixed amount of money the Canadian government allocates to a province in advance. Regions are usually held accountable through establishment of broad national guidelines to ensure fairness and service uniformity.

A second misnomer is that universal coverage can be delivered on a large scale with “no copays and no deductibles.” All countries with universal coverage provide a publicly-funded, basic benefits package which includes physician and hospital services, as well as inpatient (in-hospital) pharmaceuticals. However, these systems include a cost-share that patients pay out-of-pocket in order to control costs in the long-run.

Even those countries with the most comprehensive benefit plans — such as Denmark, the U.K., and Germany — mandate copayments for outpatient pharmaceuticals and a cost-share for inpatient hospital stays. Out-of-pocket costs for each country range from 15 percent of health expenditures for Canadians to 28 percent for those in Switzerland, and as high as 61 percent of health expenditures in Singapore. It is disingenuous for U.S. politicians to make empty promises by promoting a system of “no co-pays and no deductibles.” That does not exist anywhere else in the world.

It is important to clarify that nearly every country with universal coverage in the developed world is actually a “hybrid” system, mixing private insurance with publicly covered benefits to ensure access to physicians and hospitals when necessary rather than being a true “single payer.” Canada, England, Germany, the Netherlands, Norway, Singapore, Sweden, and Taiwan all have supplementary private health insurance. France has complementary private health insurance and Australia and Denmark utilize both. 67 percent of Canadians purchase private insurance or have employer-based supplemental coverage for medications, mental health services, dental care, and other uncovered services.

Finally, the majority of universal health-care systems in the developed world are considerably less “universal” when covering immigrants, who are mostly excluded.  Some countries, like the U.K., insist new arrivals pay into their national system prior to obtaining health coverage. In Denmark, undocumented immigrants and visitors are covered through a voluntary, privately funded initiative by Danish doctors, the Danish Red Cross, and Danish Refugee Aid, who provide access to care.

Newcomers to Canada face an uphill battle when applying for health care coverage. In a nutshell, emergency medical services for immigrants are free, but access to basic medical care services is restricted and if necessary, might require out-of-pocket payment for most treatments or insurance. Those wishing to settle in Canada must pass a thorough “health screening” prior to being eligible for “universal” health care coverage. If the government cannot confirm that cost of a pre-existing condition will not exceed $20,000 in annual expenditures, then health care coverage will be denied permanently. 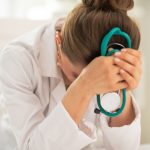 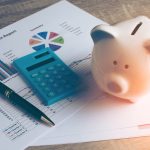