A seizure in response to a fever, called a febrile seizure, is an extremely common event in childhood. They affect 2 to 5 percent of children between 6 months and five years of age and have a peak incidence between 12 and 18 months of age. They generally occur after a rapid rise in temperature; it appears the rate of rise is more important than the actual temperature. Febrile seizures probably represent an age-dependent response of the immature brain to fever. They are more common in boys and in children with a family history of febrile seizures. Neurologists divide them into simple and complex: simple ones last less than 15 minutes, generally less than 5 minutes, and the child is back to normal in an hour; complex ones last longer than 15 minutes or occur several times in less than 24 hours. The overwhelming majority are simple febrile seizures and the child completely recovers. Generally, no further testing is required to diagnose them, and typically no therapy is needed because they stop so quickly. They can be scary, though, for parents who have never seen such a thing. A child who has one is at increased risk of having another before the age of five.

Vaccinations can occasionally be associated with febrile seizures because a child may have a fever after receiving a vaccine. Some parents are concerned that this variety of febrile seizure could somehow be worse than one from another source of fever, such as an ear infection. This is a particular claim I often see on social media where vaccine denialists gather to promote their often wildly fallacious claims about vaccines. They often insist febrile seizures following vaccinations somehow injure the brain even though simple febrile seizures from other causes do not. There has never been any evidence in support of these false claims, and now there is new evidence refuting them. It appeared the most recent issue of Pediatrics, the journal of the American Academy of Pediatrics.

Investigators in Australia compared children experiencing their first febrile seizure following vaccination with those who had their precipitating fever from other sources. All children were otherwise completely normal. There were 1,022 children altogether, of which 6% had vaccination as a fever source. The median age of the children, 20 months, fits what we would expect. In sum, there were no differences observed between the two groups. In particular, there were no difference in the nature of the seizures, their duration, or the treatment and tests required. Children who had a fever with an infection were, unsurprisingly, more likely to be admitted to the hospital on account of their infection. Their conclusions are important:

This study confirms that vaccine-associated febrile seizures are clinically not any different from non-vaccine associated ones and should be managed the same way. Our findings can be used to counsel concerned parents that although some vaccines have a known associated risk of febrile seizures, clinical severity and outcomes of these are no different to those from another cause. This information helps support the recommendation to these patients and their families that additional required vaccinations can be administered in the future.

This study supports previous ones that have found the same thing. The advantage of this new one is that the Australian system allows very complete tracking of these children, correlation with vaccination records, and follow-up of how they did later. 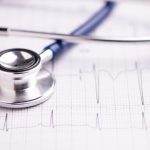 Patient experience scores are being dragged down by process problems 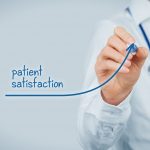 Disproving the false claims of febrile seizures after vaccines
1 comments