As a physician trying to keep up with all the new information about artificial intelligence, I want to know how machine learning and deep learning are impacting medicine now and to separate the hype from reality. Here’s a look at some ways AI is being used successfully in health care and some ways it is not.

AI has been validated for use in interpreting medical scans, pathology slides, and reading electrocardiograms. These programs operate using a type of computer machine learning that is based on computer algorithms called convolutional neural networks (CNNs). CNNs excel in pattern recognition and have been shown to surpass human ability in speed and accuracy. Recently the FDA approved a machine that uses a computer deep learning algorithm linked to a retinal camera to diagnose diabetic retinopathy without the need for an eye doctor. The machine has a very high degree of accuracy and will be used in primary care offices.

AI virtual nursing assistants already facilitate ongoing patient communication and monitoring. App-based computer platforms are being used by hospitals to follow patients when they return home after surgery or to manage chronic diseases. Patients have found checking in with AI-powered health assistants or avatars on a routine basis very acceptable especially when they’ve been programmed with deep mind empathy algorithms. These nursing assistants are also being used in hospitals to carry out small, repeatable tasks to free up time for nurses and clinicians.

AI can ease the burden of administrative workflow especially with using electronic health records. Several major academic hospital systems have partnered with a company offering natural language processing with highly accurate speech to text and data extraction methods to give their providers more time with patients and less time at the computer.

AI-powered deep learning such as the Watson computer system has proven itself in the area of clinical recommendations. The University of North Carolina has used the computer system’s analysis of peer-reviewed medical literature to suggest suitable clinical trials as treatment for more than 300 cancer patients, patients for whom possible treatment options were missed by UNC doctors. Although suggesting treatment is not the same as increasing diagnosis, Watson’s ability to review the more than 160,000 cancer research papers published per year is expected to ultimately led to improved diagnosis.

But not all the AI hype has come to pass. In any technological revolution, the anticipated promise does not always produce expected results. While UNC’s partnership with Watson has been successful, Watson’s 62 million dollar collaboration with MD Anderson failed to create a platform for leukemia based diagnosis. Although mainstream news coverage reported success in deploying a system using Watson’s cognitive computing to revolutionize cancer treatment worldwide, the platform never existed. There were a series of missteps and misunderstandings. Having millions of pages of medical information did not mean the system could make sense and use all the information. Watson’s infrastructure didn’t work well with Anderson’s electronic medical records system to be able to personalize recommendations, and the collaboration could not show using Watson resulted in improved diagnosis or treatment of a patient’s cancer.

Across the pond, the U.K.’s National Health Service has partnered with Babylon to use their highly rated app for British patients to quickly videoconference with a doctor. The app has been hugely successful with its triage chatbot for advice on whether to see a doctor for common ailments. However, practice doctors found that around 10 percent to 15 percent of the chatbot’s 100 most frequently suggested outcomes, such as a chest infection, either missed warning signs of a more serious condition like cancer or sepsis or were just flat-out wrong.  Babylon was asked to investigate the complaints by the UK’s medical regulator but no official investigation has been opened.

Most experts agree AI is already revolutionizing health care for the better. While it’s exciting to learn all the ways patient care will improve, it comes as little surprise that AI hasn’t evolved to the point where it can replace human medical doctors. And yet as I dive deeper into understanding AI, I am reminded of what Bill Gates said: “We always overestimate the change that will occur in the next two years and underestimate the change that will occur in the next ten. Don’t let yourself be lulled into inaction.”

A physician's path leads her to a struggle in the NICU 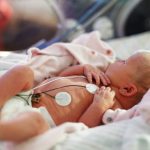 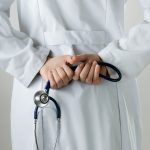