For a long time, I didn’t feel as if I were getting any older. Because I’ve been at my institution since 1975, I’ve always been surrounded by the people who educated me. Though my teachers and mentors have undoubtedly aged, to me, none of them seems much older than they were when I first met them. And since for most of those years our student-teacher relationship has remained unchanged, when I’m around them, it’s as if I’m still a student or a resident. My sense of perpetual youth ended, though, when during a small-group session, reality finally seeped through.

It was October, and I was sitting at the front of a classroom precepting a small-group clinical case conference on diabetes. Surrounding me were 20 relatively eager first-year students (it was still early in the academic year) who’d arranged their desks in a circle. After introducing myself and describing how the topic fit into the section of the Molecular and Cellular Foundations in Medicine course they were then taking, I asked for a volunteer to begin presenting the case described in the handout they’d received. Lev, one of the more eager students, accepted my request and began to speak.

The case involved a 58-year-old man who, after a bout of pneumonia, had developed polyuria, polydipsia, and polyphagia. While Lev read the man’s history, I scanned the room, looking at the students’ faces. My attention was snagged by the young man sitting directly to my left. As the last one to enter the room, he’d been forced to take the last seat available, next to me. Unlike the others, he’d neglected to put out his name card, an identifier designed so that the preceptor could call on students when their eagerness to volunteer began to wane. I had the sense that I knew this young man; there was something familiar, something that made me think I’d seen him before.

As Lev continued, I tried my best to place the young man sitting next to me. Had I interviewed him when he’d applied the year before? I didn’t think so. Had he come up to speak with me after one of the lectures I’d given earlier in the semester? No, I was pretty sure his image wouldn’t have sunk into my consciousness so indelibly after such brief contact.

Setting aside my reverie, I tried to refocus on the case conference. Interrupting Lev’s presentation, I asked, “Does anyone have any idea what the significance of this man’s excessive drinking is? And if he’s been eating as much as he says he has, why has he lost eight pounds?” When a few seconds had passed, and not a single student raised a hand, I began to scan the roster of names I’d been given for a “volunteer.” As soon as I saw the name “Aaron Small,” a bell in my head began to ring.

It was autumn, exactly 20 years before. I was in the living room of an apartment in one of the housing towers on Eastchester Road. As co-editor of our class’s yearbook, it was my responsibility to take photos of my classmates. During my rounds that evening, I took pictures of Jonathan Small and his family.

Jonathan was one of the few members of our class who had a child; his son, Aaron, was then about a year old. For the photo, Aaron had been dressed in a navy-blue sailor suit. While I shot the picture, Aaron sat contentedly on his mother’s lap while Jonathan, seated next to his wife on the couch, cradled the boy’s legs.

Was it possible that the little boy in the sailor suit had become this young man sitting in this classroom? Could it be that a son of one of my classmates was old enough to be a first-year medical student at the medical school his father and I had attended? It seemed impossible: after all, at that time, I still felt like a medical student myself. But as I sat in that classroom 20 years later, I did some math and came to the realization that not only was it possible, it was probable.

Having been blown away by this epiphany, I found it difficult to go on without interrupting the small-group session. Luckily for me, Jennifer, one of the other students in the room, had begun to answer the questions I’d posed before I’d drifted back in time and, although I hadn’t been paying attention, it seemed as if she’d offered a cogent response. When she finished, before another student could begin to speak, I asked (knowing the answer before the words were out of my mouth), “Who’s Aaron Small?”

As expected, the young man to my left raised his hand. “Are you Jonathan Small’s son?” I asked.

“We were classmates,” I answered. “I remember you as a little boy. I took your picture for our class’s yearbook.”

“The one of me in the sailor suit?” he asked, and I nodded my head. “I hated that sailor suit,” he continued. “My mom used to make me wear it all the time, whenever I had to get dressed up. It made me look like a real geek.”

“No, you were cute,” I said. “And now you’re an Einstein student.” He nodded.

There followed an uncomfortable silence. I realized that I had to do something to get us back on track. “You guys don’t understand the significance of this moment,” I said, addressing the whole group, unsure of where I was heading. “Seeing me, you all probably think of me as an old fart.” (There was some snickering.) “And I probably am an old fart.” (The snickering intensified.) “But because I’ve been at Einstein for my entire career, I have this weird sense that I’m actually your contemporary. But because Aaron’s in this class, I must accept that I’m not a first-year medical student anymore — that I’m old enough to have a child who’s a first-year medical student. That’s pretty sobering.”

The room was uncomfortably silent again, and I wasn’t sure what to do. Thankfully, Lev spoke up, saving the day: “Dr. Marion, now that you’re done with your midlife crisis, should I go on with the case?” I smiled and nodded, and he continued presenting the case of the 58-year-old man with diabetes.

The presence of Aaron Small in that class forever shattered my twisted impression that I was somehow still a contemporary of first-year medical students. In the years since that small-group session, I’ve managed to move on, accepting that I’m no longer young. But even today, as I cruise around campus, sitting in my old classroom seat, walking through the library, or visiting the lab I used to work in, an image or a smell may trigger a memory. And then, for just a second, it’s 1975 again.

Robert Marion is a professor, departments of pediatrics and obstetrics and gynecology and women’s health, Albert Einstein College of Medicine, Bronx, NY. This article originally appeared in the Doctor’s Tablet.

How music changed this physician's life 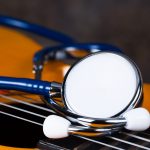 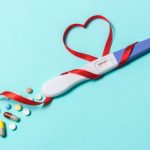