I need to see Justin before my workday commences. I’m a social worker at the outpatient cancer center where Justin has been treated for an aggressive colon cancer.

Seeing him today means visiting him in the hospital, up the road from the center.

When I first met Justin, nearly two years ago, he looked every bit the linebacker — well over six feet tall, with a girth to match. A man in his late 50s, he had a booming voice and an engaging personality. He was married, a successful wining-and-dining stockbroker, active in his town and in the local Italian American Society.

He refused to let a bad prognosis interfere with his joie de vivre. He seemed to view visiting the office to see his care team or going to the infusion unit for treatment, as mere detours from his primary mission: to enjoy life.

Justin brought his party sense and cultural interests with him into the clinic. One time, he commandeered a conference room and catered a luncheon for the staff, patients, and families, with entertainment provided by an opera-singer friend.

“This is who I am!” his actions screamed. “I’m not just sitting there, hooked up to an IV — I’m a vital person, with friends and commitments!”

One of the many things that I value about my work is having the opportunity to sit with people who are managing the many facets of the cancer experience. Often they feel weak, fatigued, emotional, overwhelmed and disoriented. They may never have sought out a therapist before, but now they’re vulnerable, willing to talk about who they’ve been and where they are in their journey.

I listen to stories, so many stories. For a voracious story lover like myself, it’s wonderful. I help people tap into their personal strengths to manage their cancer. It’s not always possible to connect deeply with a patient, but whenever I do, I feel fortunate.

Justin is one of these patients. I’ve liked getting to know him — listening to him talk about his life, hearing him describe everything from how he met his beloved wife, Evelyn, to having lost a child to a genetic disorder, to being the caring uncle, the respected colleague or the emcee at community events large and small.

Working with Justin has sometimes filled me with dread and foreboding; he looks like my husband, who is very much alive and healthy, and we share similar backgrounds.

I’m constantly learning how to live and how to die from the patients and families. Seeing Justin in action over nearly two years, I’ve learned not to immerse myself in worry if things aren’t going well.

I’ve watched him do everything in his power to continue working, keep up with social events and take vacations. I’ve admired his perseverance in defiance of a disease that was inexorably making his world smaller. Until two months ago, he was still running for exercise.

In these last two months, though, things have changed for Justin. He’s endured multiple hospitalizations as his caregivers have tried to manage his pain. Every bodily system has started to fail.

Walking into his hospital room, I think, He’s so small now.

When we first met, he towered over me. Now I’m towering over him. I have to steel myself not to react outwardly to the changes in his body.

Breathe, I remind myself. And I do, along with Justin — aware that my own breathing is steady and deep, while his grows increasingly shallow in a body that’s working less and less well to sustain life.

With a pang, I note that we’ve reached a new, deeper layer of intimacy. Gone is his façade — there’s no more pretense that this is just a stop on his way to dinner with friends.

I touch his arm. In oncology, as in any human setting, physical touch is important. A person with advanced disease often stops being touched for touch’s sake, devolving into a body that’s designated only for tasks, blood-draws and clinical analysis. I rest my hand on Justin’s arm for a few minutes and feel the gooseflesh under my fingers.

Justin gestures to his abdomen and back. “I’m sore sometimes. I have no appetite. Evelyn wants me to eat …I just can’t.”

His voice is weaker. We talk more about Evelyn, who will be visiting him later this morning.

“I’m worried about her,” he says. “She hasn’t been able to accept that I’m going to die. She can’t even say the words.”

He starts to shiver.

“Justin, may I get you another blanket from the warmer?”

He nods, and I run off to the warmer, down the hall. I need a moment out of the room. I need to do something concrete, something tangible for Justin.

When I come back, he’s dozed off. He stirs, smiles at the warmth of the white cotton blanket. I fit it around his body and mold it to his form, tucking him in as you would a small child.

I feel privileged to be here — and, at the same time, helpless. Justin’s oncologist, Dr. Arnold, has said the same when we’ve discussed Justin’s medical situation. We’ve dabbled in fantastical imaginings of a miraculous recovery; after all, Justin’s life force was seemingly like no other.

All of our knowledge and experience point to one outcome, I think sadly. But wouldn’t it be wonderful to be wrong for once?

It’s a strange part of this work to meet someone and feel certain that, more than likely, you know how his or her story will end. Eventually, you’ll know the time and place it ended and possibly even how the families and friends managed their grief.

“Justin, your body is working so hard, you need the rest,” I say. I tuck the blanket more snugly around him for a cozier effect, and he smiles again.

I leave the room and head towards the elevator and the start of the workday.

At day’s end, Dr. Arnold stops by my office. Justin’s hospital nurse has called to tell him that, early this afternoon, Justin died.

This finality is expected, yet still somehow surprising. But I remember my last sight of Justin, tucked in, and the image gives me a sense of peace.

Peggy Murphy is a social worker. This piece was originally published in Pulse — voices from the heart of medicine. 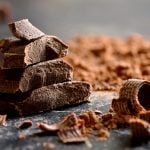 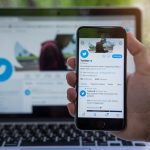