Most men diagnosed with prostate cancer don’t die of the disease. Between 2011 and 2015, 112.6 per 100,000 men per year were diagnosed with prostate cancer in the U.S., but only 19.5 per 100,000 men per year died of the disease over that same period of time. That is still far too many deaths. But the huge disparity between deaths and diagnoses arises in large part from overdiagnosis of prostate cancer in elderly men, as a consequence of screening tests that find cancers that, if they had never been diagnosed, would not have progressed to life-threatening illnesses.

Fortunately, such overdiagnoses are beginning to decline, because physicians are backing off on screening older men for prostate cancer.

I’ve written about cancer overdiagnoses before, in the context of diseases like thyroid cancer. So in anticipation of the angry emails heading my way, let me emphasize a few important facts.

Metastatic prostate cancer is a terrible disease. My godfather died of metastatic prostate cancer, and my father was diagnosed with a rare and aggressive form of the disease a few years ago. It has been confirmed that I’ve already proven to have a biological predilection for developing cancer, with a kidney cancer of my own diagnosed a few years ago. As a result, I am in favor of anything we can do to reduce men’s odds of dying of prostate cancer — as long as we don’t do more harm than good in the process.

But according to many experts, screening elderly men for prostate cancer does do more harm than good. In some men, it creates false alarms on the basis of high PSA levels in the blood unrelated to cancer. In others it leads to overdiagnoses, identifying slow-growing cancers that would not have caused morbidity or mortality if they had been undetected. As a result, aggressive prostate cancer screening causes many men to experience anxiety and undergo unnecessary interventions that result in burdensome side effects. If we had better ways to identify that small subset of prostate cancers, I’d be ecstatic. But until then, experts advise that primary care doctors should reduce the frequency and intensity with which they screen their elderly patients for prostate cancer.

And as it turns out, many primary care physicians have heeded this advice. According to a study in Health Affairs, PSA testing in men 75 and older has dropped significantly since 2008, when screening guidelines were modified. Here is a picture showing that decline in testing: 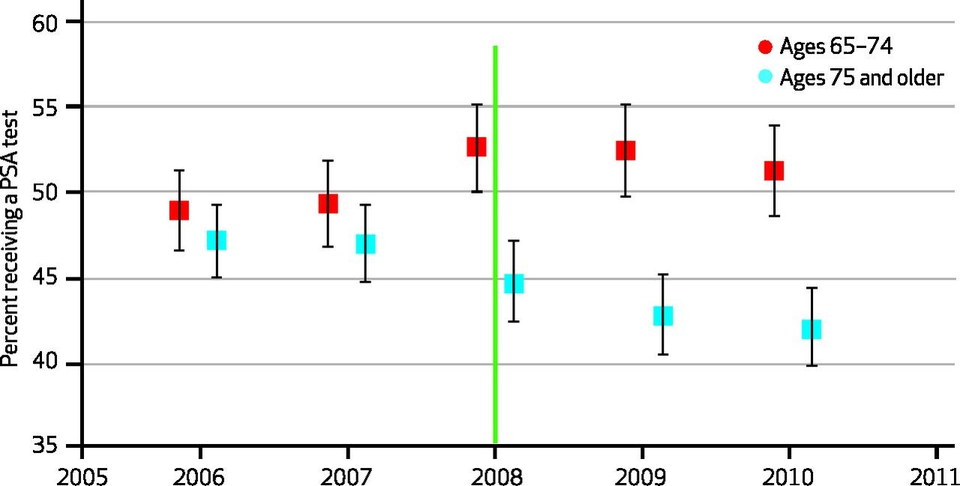 When I reach my 70s, I don’t plan on asking my primary care doctor to screen me for prostate cancer unless, by that time, we have found much better ways of identifying and treating high-risk cancers. Sometimes when you go looking for trouble, that’s what you’ll find. 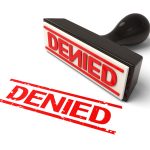 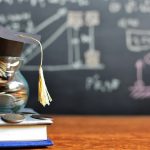