Springtime in Africa is known for its dust storms.  Every year, hundreds of millions of tons of this dust get picked up by the trade winds, make their way across the Atlantic Ocean, and land on the Amazon basin.  This dust is the remnant of dried river beds; beds made up of dead diatoms and dinoflagellates and other microscopic creatures that once created oxygen for all life on Earth.

When these tiny creatures die, they sink to the bottom and create a layer about a half-mile thick on the river floor.  Over millions of years, as the water recedes, the river beds dry and become a desert.  This desert dust is what gets lifted by winds, and make their way to the Amazon.  It is the skeletons of these tiny creatures that once created the oxygen for us to breathe that then give life to new plants and trees by serving as fertilizer.  It is this dust from the Sahara in Africa that is part of the reason that the Amazon is so fertile.

You see, all life on Earth is in a delicate balance.  And whether we realize it or not, our daily commute to and from home is not very different from the simple stingless jellyfish in the lake.  We live in a world so connected that dust storms in Africa affect soil quality in the Amazon, and an entire species of jellyfish would die if the nitrogen content in the water shifts ever so slightly.  We are all connected.

One night, I received a call from the intern covering cardiothoracic surgery.  He was worried because a patient had been having consistent runs of ventricular tachycardia, a heart rhythm that would not allow the heart to pump with enough coordination to get blood to vital organs.  I was covering the intensive care unit and told the intern to check the patient’s electrolytes, obtain an EKG, and place pads in case he needed to be defibrillated.  Shortly after the call, I heard a “code blue” called over the hospital intercom, in the same location as the patient.

When I arrived, the medicine team had been beautifully running a code, like perfect synchronized divers.  I found out that the patient had undergone coronary bypass surgery a few days prior, and was scheduled to be discharged home the next day.  He was still in a non-perfusable rhythm.  I called the attending, who told me to prepare the patient for ECMO.

“Do not stop the code until I get there,” he said.

While the medicine team ran the code, I placed two central lines, one in his femoral artery and one is his femoral vein, and waited.  The attending arrived, and we placed ECMO cannulas and connected him to the circuit.

82 minutes later, blood finally left his body, traveled through this machine which provided oxygen, and re-entered his body, like the delicate cycles of nature.

We brought him to the intensive care unit, where the nurse called out: This patient needs sedation!

“Sedation?” I thought.  He may have suffered anoxic brain injury so severe that he might not have any brain function left.  I go into the room, and call out his name.

I told Sue, the patient’s nurse, to hold off on the sedation until we can assess his brain function.  And before I could finish the sentence, he rose his hand off the bed, and gave me a thumbs up, as if he was still present, as if he was still connected.

What we do every day is not good luck.  It is not a miracle.  It is not God’s work.  It is neither magical, majestic, nor marvelous.  What we do is simply restore function if we can, and keep those afflicted connected.

It is time to realize that this work goes beyond the trauma bay, beyond the operating room, and beyond the hospital ward.  The connections that we have with each other are vital for this planet to continue functioning, and for our species to even remain present here on this Earth.

We are all brothers and sisters and husbands and wives and fathers and mothers and daughters and sons.  And just like the dust in the Amazon, our remains will eventually create fertile ground for the next generations.

Our only job here on Earth is to stay connected to one another, and stop letting our differences set us apart.  Because in the end, like the jellyfish and the algae, what we do for others is what will keep us alive. 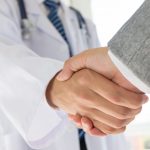 Senator Walsh: Thank you for uniting us 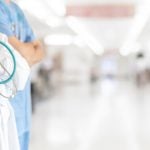