In the run-up to the Academy Awards this year, like many people I made a concerted effort to see most of the top-nominated pictures.  Of particular interest was Bohemian Rhapsody, the biographical film about the lead singer of the rock band Queen, Freddie Mercury.  Not only had I lived through the Queen era and experienced the impact they had on the music world, but also witnessed Freddie’s controversial struggle with acknowledging his diagnosis of AIDS and ultimately his tragic death at a relatively young age.

While watching this particular movie I was unexpectedly overcome by a rush of emotions I hadn’t experienced in many years – flashbacks, if you will – to an earlier time in my life.  You see, I was in training in the mid-to-late 1980s relatively early into the AIDS epidemic, and watching the film triggered many vivid memories and related deep feelings that I hadn’t encountered in decades.

For those who have not lived through the initial manifestations of a new, poorly understood and frightening disease, it’s difficult to imagine what it was like to be a physician-in-training during that time.

I completed medical school and residency in two large, urban-based medical centers in cities hit hard by the AIDS crisis.  Because of this, the sheer numbers were overwhelming – I recall that at times, over half the patients on the general medical services of these hospitals were individuals with AIDS.

And caring for these patients was usually simply heartbreaking.  Most were admitted with opportunistic infections as their first presentation of disease after their immune systems had already been decimated by the HIV virus.  Although we could often successfully treat their presenting illness, it was only a matter of time until another horrible infection or other complication appeared – Pneumocystis pneumonia, cytomegalovirus ophthalmitis, Cystoisospora (isospora) diarrhea, tuberculosis or atypical mycobacterial infection, HIV wasting syndrome, or lymphoma, among others.  The physical aspects of the disease were simply devastating as were the psychological and emotional impacts on patients.  A diagnosis of AIDS at the time was essentially a death sentence, and most patients (and their physicians) knew it.  We did what we could, but also knew what the outcome would inevitably be.

And it ultimately also took a heavy toll on those of us who provided their care.  I recall caring for both a brother and sister in their late 20s at the same time who died slow and painful deaths from AIDS.  I not only got to know both of them well during the course of their illnesses, but also their mother who took them back into her home and cared for each until their deaths, ultimately losing 3 of her 4 adult children to the disease.   I can still remember the overwhelming sadness experienced by everyone at their funerals as if it were yesterday.  And this was just one family.  Intensively caring for, and inevitably losing so many patients at such young ages despite doing everything possible at the time confronted us with a profound powerlessness that many of us considered antithetical to what we all felt modern medicine should be able to do.  And this helplessness in watching our patients suffer through a devastating disease was an incredibly heavy emotional burden to bear.

It was also a frightening time to be a caregiver.  At some level we all lived in fear of contracting the disease ourselves, knowing that no effective treatments were available and having a clear understanding of the course of the disease.  I can still feel the deeply visceral, gut-wrenching anxiety of awaiting my own HIV testing results after a needlestick from a carelessly discarded syringe from a known AIDS patient.  It quite frankly made you reflect on your commitment to medicine and what you are willing to give of yourself to others.

Looking back on those times and experiences, I have truly mixed emotions.

Despite the excruciatingly painful experience of witnessing so much slow, painful death in mostly young people about which we could do very little, I am also keenly aware that we are all shaped by the individuals and experiences we encounter in our personal and professional lives which ultimately make us the people and doctors we are.  Having had the opportunity to be a part of so many patient’s and family’s lives, and caring for people when so often the best you could do was to be there for them and make them as comfortable as possible, certainly made me a better human being and doctor than I ever would have been without that experience.  So in some ways, I’m thankful for those shared experiences, no matter how tragic.

And perhaps one of the most positive aspects of living through the AIDS epidemic has been watching medicine rise to the challenge of the disease.  Those who enthusiastically took on the care of these individuals were a true testament to the dedication of medical professionals in providing kind and compassionate care when it seemed as though there was little hope, particularly in the face of the stigma associated with the diagnosis at the time.  Plus, the commitment of physicians and scientists in figuring out HIV infection and ultimately converting it from a uniformly terminal illness to a chronic disease with a real opportunity for eliminating HIV infection completely in the future has been incredibly impressive, remembering that when patients with AIDS started to appear it wasn’t even clear exactly what the infectious agent was or how it was transmitted.  Now, a person living with HIV who is properly treated and adherent with therapy can expect to achieve a nearly normal lifespan.

Still, I can’t stop wondering what would have happened had we been able to make these advances earlier, and people like Freddie Mercury – and the many, many patients I personally cared for – had lived and how the world might be different if they had been given that chance.

There will certainly be more epidemics in our future, and it will be imperative for us to remember the failures, successes, and lessons learned by not forgetting the experiences, both good and bad, of the HIV epidemic.  And be thankful that we are part of a profession that will be willing to take on that challenge when it occurs.

Regret medical school? Here are 3 things you can do. 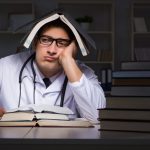 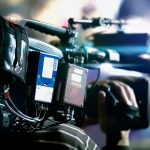