Late last year the New York Times reported that Dr. José Baselga, the chief medical officer of Memorial Sloan Kettering Cancer Center, had resigned for failing to disclose his conflicts of interest at professional meetings and in scientific and medical journals. The Times report says that Dr. Baselga — who also served as physician-in-chief at the center — “had failed to disclose millions of dollars in payments from health care companies in dozens of research articles.” It appears, though, that his wrongful conduct was not the receipt of such munificent sums from the drug industry; instead, it was his failure to disclose them.

Writing about this case in a Times opinion piece, Dr. Marcia Angell, a former editor-in-chief of the New England Journal of Medicine, says “Disclosure is better than no disclosure, but it does not eliminate the conflict of interest.” I agree. The main worry about conflict of interest in research is that it tends to bias the research in favor of the company sponsoring that research; there is ample evidence for this.

Dr. Angell provides a sound argument for that concern. She explains that one-way conflicts of interest hamper research is by suppressing negative results. Researchers are not required to publish the results of research in which, say, a pharmaceutical company’s drug does not show efficacy. She writes that one review “found that 37 of 38 positive studies—that is, studies that showed that a drug was effective—were published. But 33 of 36 negative studies were either not published or published in a form that conveyed a positive outcome.”

When industry sponsors research, it retains control of the manuscript, reporting the results and what is subsequently published. Another well-known example of the problem at hand is the manipulation of the design of a research study so that one treatment will show more positive effects than the one under comparison. “For example, the sponsor’s drug may be compared with another drug administered at a dose so low that the sponsor’s drug looks more powerful,” Angell writes. Another article about industry support of medical research notes that “two systematic reviews found that studies sponsored by industry reported significantly greater benefits and less harm than studies with other sources of funding. Similarly, there are well-known examples where industry has squelched (or attempted to squelch) study results that were unfavorable to their products.”

How do companies get away with this kind of trickery? After all, research involving human participants has to be reviewed by an Institutional Review Board (IRB), a research ethics committee usually located in the medical school or institution where the company’s research is conducted. Most IRB members are medical researchers themselves, and should have the expertise to detect such maneuvers in the protocols they review.

Another integrity check could occur in the peer-review process when a manuscript is submitted to a journal for publication. But even then, authors may artfully suppress maneuvers designed to favor a company’s product. An equally egregious behavior is “medical ghostwriting,” in which pharmaceutical companies hire an unnamed writer who authors the paper based on company-sponsored research, giving it a favorable spin. The company also finds prominent medical researchers willing to lend their names as authors of papers—possibly people involved in some way in the research, or “key opinion leaders” in the field.

Why would any self-respecting scientist engage in such unethical practices? It’s unclear. Yet articles in the medical and bioethics literature over the years reveal how widespread this and other unethical practices are in the world of medical publishing.

And even the National Institutes of Health (NIH) may not be completely immune from questionable aspects of research collaboration. An opinion piece in the Washington Post last year argued that the agency doesn’t police its conflicts of interest well enough. That op-ed recounts a study sponsored by beer and liquor companies designed to find alcohol’s benefits but not its potential harms. When these aspects came to light, the NIH director ended the trial. But the author of the Post piece, who spent several years as a Senate investigator studying conflict-of-interest problems at the NIH, says industry ties to NIH “go back decades and are never really addressed unless the agency faces media scrutiny and demands from the public and Congress for change.”

So how can we remedy the evident bias in research resulting from industry sponsorship? Such sponsorship isn’t going away. One step that IRBs in academic institutions can take is to ensure careful review of such research by members of the committee who have no ties to industry. Another — more controversial — step is one that medical journals might adopt. Instead of merely requesting disclosure of conflict of interest by authors, journals could require authors to disclose any sums of money a sponsor has paid for activities beyond the direct cost of conducting the research. If those sums exceed a certain “reasonable amount,” the journal could refuse to publish the article.

Less controversial would be an instruction to peer reviewers to ensure that the methods used in the research do not bias the conclusions in favor of the sponsor’s product. That step might require peer reviewers to request more information from authors than appears in the manuscript submitted for publication.

Whether these or other remedies are put in place, patients and the public have a right to medical treatment stemming from research results untainted by the actions of for-profit companies that engage in manipulative or dishonest practices.

Do not take online physician reviews at face value 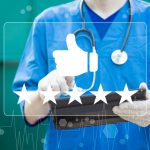 A love-hate relationship with the resume-guided voice 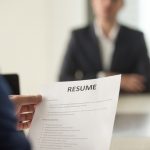 How can we fix the research bias from industry sponsorship?
1 comments