You’re finishing your training this year and finally have a job. Never mind the fact that you have never had a “real” paying job and this is the first time you’re going to have more money left at the end of the month. And I’m not talking about a little bit of money left over; you’re going to be making 5-10x your current salary.

I have buddies finishing this year in vascular and cardiac surgery taking jobs from Santa Barbara, CA to Chicago, IL. They’re going to be making $350,000 to $600,000 a year. Another 17,000 physicians are finishing their training this year all in similar positions. So, let me ask you: Do you have a financial plan? What’s the current state of your financial life?

At this point in your career, you have spent a lot of time planning to get here. You planned in high school on how to get into college. In college, you planned your approach to getting into medical school. Which courses to take when, what extracurriculars to be involved, and let’s not forget all the planning you spent getting ready for the MCAT. Then came medical school, planning your study schedules, research, extracurriculars and how to take the STEPS — all of this to get a coveted residency spot. Now you’ve put in your time, and you’re a trained physician about to get your first “real” job. How much time have you spent planning your future from this point forward?

Minimal time — most likely — but that’s to be expected because your life has been consumed caring for others with little free time. That’s why I’m telling you it’s time to wake up. In four months, your payday is coming, and if you’re like most of us, you don’t have a plan. So let me inspire you to make that plan and give you an idea of what’s coming when you’re done. I’ll start with the obvious.

Debt payments, I mean real payments, not this partial payment BS you’ve been paying during training. They’re going to take your money, and it’s going to hurt. If you’re lucky, your debt is around $150,000, not so lucky, probably $300,000+. I’m a believer in debt, but not debt that isn’t attached to a cash producing asset. Read that again because most of you missed that. Your student loan debt should be eliminated quickly, so it doesn’t become a second pet or third child. What’s your plan?

House, cars, spouses, toys, and travel. All things we’ve delayed and all the things we desire. Are you going to go out and buy a new house/car/toys? Are you going to house hack or buy a multi-family property to lower your living costs? Maybe you should Google those terms and spend a few minutes researching how those two suggestions could radically change your financial position. I’m not here to judge, I have my plan, but have you thought about it enough to put a plan together? Your payday is coming, and you need a plan.

Wealth managers, insurance brokers, and family. They’re coming for your money, and you don’t even know it. They’re not malicious, for some it’s their jobs for others it’s all they know how to do. How are you going to invest your money? A wealth manager is currently dreaming up all the ways he can invest your money and live off of the fees he charges you while he’s sitting on the beach “working” from home. Not all of them, but if you haven’t been contacted by one yet, they’re coming. How are you going to protect yourself, family, and your assets? Can you explain to me the difference of whole life and term life insurance? What about extended family that hears about your new-found money? This doesn’t apply to all of us, but you know who you are if it does. Put the time in now and get a plan.

Taxes. They haven’t been much of a thought to you because you’ve not made enough. That’s about to change. Most of you will be paying 35 to 38% to the feds, Trump thanks you for your contribution to The Wall. Then your state, if you’re not living in one of the seven without state income taxes, they are going to take 5 to 11% depending on where you live. Again, some of you didn’t know there were states with no income taxes, had you planned you would have known. So now you’re looking at keeping only 50 to 60 cents on every dollar you earn. Did you know there are ways to pay much less in taxes legally, and it all depends on how you earn your money? Just google Warren Buffett tax return if you want an example. It’s time for a plan.

I can’t teach you all you need to know in less than a 1000-word post, but I can wake you up to the fact that you need a plan. You’re smart, you’re smarter than most people in this country and have a work ethic unlike most. You’ve spent thousands of hours planning your life to the point where you finish your training, but you’ve spent less than 10 hours planning for the rest of your life. Get it together, you have four months, and your 50-year-old self will thank you.

Why aren't patients with eating problems following your advice? 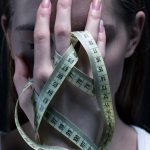 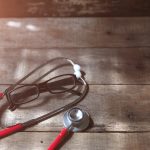