Everyone loves chocolate, and nobody likes to cough. So when headlines like these appeared, they made a big media splash:

Apparently Chocolate Might Be Better for Treating Coughs than Honey and Lemon.

Chocolate Is a Better Cough Suppressant than Medicine, Study Says.

Looks good, huh? Chocolate for a cough – and the headlines say it’s better than medicine, based on science! These are legit, big news organizations (well, maybe not allrecipes.com, but I threw that in there to illustrate just how pervasive these stories can get). You’d think they would have dug a little bit to see if their headlines were accurate.

But they didn’t. If you want to know what the science says, you have to read past the headlines and the media spin. The best way to do that is to look at the actual study – where the information, originally came from. If you review the articles above, many point to each other, or quote experts. But with a little digging, I found the actual study that lead to these headlines.

So what did the study show? They didn’t compare chocolate to codeine, or honey, or lemon – so any headline that made that comparison is false. And the study medicine itself wasn’t just chocolate; it was a mixture of three active medicines in a chocolate base. So any conclusion that it was the chocolate itself that made the difference is, well, silly and unjustified.

The study compared the chocolate-mixed medicines (a brand called “Unicough”) to another kind of cough medicine, called “simple linctus,” which contains a single ingredient not found in Unicough. If the authors wanted to look at the potential effect of the chocolate, they should have compared two identical products, one with and one without chocolate. But that’s not what was done.

And: The study itself was negative. That is, for the primary endpoint of the study, there was no difference in cough among people taking the chocolate-containing Unicough versus the “simple linctus.” There were some differences in what are called “secondary outcomes,” but that doesn’t mean the study showed that Unicough was superior. And the study itself was funded by the manufacturer of Unicough, and one of the authors was a Unicough employee. Somehow that wasn’t mentioned in the fawning media stories.

The chocolate-for-cough study was misrepresented, and its conclusions reported incorrectly. Unfortunately, this is common in media portrayals of health news. There were some skeptical outlets that tried to present the other side of this story, but as so often happens the voice of reason was too little, too late. The story had already developed a life of its own. If you think chocolate might help your cough, go ahead and try it – but don’t be fooled by headlines like these.

Was she a doctor? Or was she a hack? 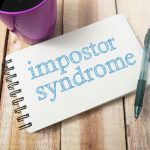 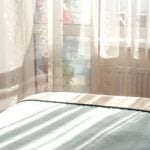 Chocolate for coughs? Look beyond the headlines.
1 comments