These events happened over 18 years ago. Some content has been changed to protect the innocent and the guilty. Searching for positive changes in the health care industry. We are not a number, and the patients are not a number.

I’m not good at lying. My eyes go to the left or look downward, and I start to stutter and pause. There is no eye contact, and I fall deep into the black tunnel of deception and fight to get out.

I grew up with lies and deception.

“Your father is taking ‘early’ retirement.”

My father, who I adored, who was an executive at IBM. He was fun loving and completely Irish — he also walked into walls at night after his gallon of wine. It was the family I couldn’t fix. And the daddy I loved so much … he was unfixable. We had the new large house on the right side of town, a lake house on two acres and the boat that matched. The nuns at my private Catholic school demanded respect.

Daddy was a “heavy drinker” as mom would say.

Daddy was an alcoholic.

And though I would have never wanted to be a nurse, the 1970s were full of dreams and women’s rights and burning bras, but my mother dictated our household. No matter what dreams you may have, you still would become a nurse, a teacher, a wife, a librarian. And I emotionally fought tooth and nail at my new role in life. The dreams of running away from that dark house that hid the truths and running towards fresh air and freedom were all extinguished — and my destiny was to be a nurse.

Mother said I was to be a nurse.

It was psychiatry then emergency nursing then surgery and PACU. I finally landed in ICU. And how I loved it. I enjoyed the intricate puzzle of multi-system failure organs. Heart lungs kidneys brain liver pancreas … they meshed well. This well-oiled machine fell apart piece by piece, organ by organ.

I was sold. Maybe mom was right. Perhaps I was supposed to be a crusader for the sick. CPR intubation drugs IVs, CAT scans and MRIs ventilators dialysis balloon pumps surgeries. Some made it through and smiled at you as they graduated from ICU to the step-down unit to out the front door. Some did not. Sometimes the thoughts and prayers from family members didn’t work at keeping their loved one alive. Sometimes Jesus decided it was time to go home. Sometimes Jesus would say “you don’t live forever” — nobody gets out of here alive.

I met nurses that had to be my sisters from another life. I met pure good and pure evil in the nursing profession.

I graduated to charge nurse in this 20-bed ICU. I loved directing the unit and problem solving and critical thinking in a flash of seconds.

But my downfall was telling the truth.

Political suicide. Sometimes upper management doesn’t want the truth. But I hated the untruths, the fabrications, and the lies. And so I loved my new position as a charge nurse, but I was a misfit from the beginning.

It wasn’t just one night that our acuities were dangerously high and nursing staff was low — it was a typical scene in the critical care unit. Do with what you have, don’t complain, an empty bed means availability for a new patient, but an empty bed didn’t mean a nurse to match.

In this environment, a particular night of doom started pleasantly enough — one nurse to two ICU patients. Fair enough, but there was chaos in the ER. Our ICU beds filled up. We weren’t a trauma ICU, but we would certainly become one in this night. A male 32 years old riddled with gunshot wounds, another male with multiple stab wounds. Our ICU filled up with critically ill patients, and our 2:1 assignments quickly went to 3:1 assignments. Code cools and code blues. Family members screaming from every corner of the ICU. The coronary care unit was handling CABGs and balloon pumps, and the neuro ICU had craniotomies coming to their unit. Any sanity you thought you had was out the window.

Our manager was the supervisor on-call for all of the critical care units that night. And I was told to call her. All three units were in crisis mode. And there were not enough nurses to take care of these patients. If you ever thought you could say “I’m going to lunch I’m hungry.” or “I need to go to the bathroom …” forget it because it wasn’t going to happen.

It was a war zone and looked like nobody would get out of here alive — not the patients and not the nurses. Upper management was nowhere to be found.

Some patients died that night. They didn’t have a chance. We were all short staffed that night because we were told over and over again like a broken record: budget, productivity, do everything, wave your magic wand to make the patients and the families happy. But what was behind the budget, the productivity?

Was it an end-of-year bonus check to the managers? Was it a salary increase to the CEO of $5 to $6 million per year not including the perks? Were the board members happily lining their pockets?

Nurses don’t go into nursing to get rich — ever.

And the next morning the manager came in. No explanation, no apology. Total avoidance.

A critical, urgent managerial meeting was called within a few days.

Mandatory. We were to discuss the critical shortage of ICU, CCU and neuro ICU nurses.

All of the big wigs were there. Managers and directors and director of nursing and chief ICU physician. And then there was us — the little charge nurses who were the real heroes in the battlefield.

Every director and manager spoke up. The words came crashing in on me: “We’re here for you,” “We support you,” “Call us anytime night or day.” “We are here for you physically and mentally.” “Call us 24/7.”

They smiled and nodded their heads and patted themselves on their backs with an affirmation that they held some magic in their hands and some pretty simple solutions for such complicated and dangerous nursing practice.

Their words crashed into me like sharp stab wounds to my brain and every ounce of my genetic Irish-Italian blood spilled out all over that mahogany executive table.

I closed my eyes and let it all out.

Lies lies and more lies. And I had to put an end to this.

And I said to those managers and directors and physicians:

“Not true. None of this is true. Not only are you not available to us or our patients you are nowhere in sight.”

I went on. I was unstoppable.

“I called our manager on call that night 15 times. Fifteen times. Phone, cell, beeper … I left messages. And no reply ever. And I documented 15 times.”

I stared at our manager in the eyes as I spoke the truth. And the managers and directors and physicians, with their master’s degrees and their PHDs and their doctorate degrees, sat in silence, with their jaws on the ground. A pin dropping in that room would have been a loud noise.

One week later, I was called into the manager’s office. I was demoted to staff nurse. I was not to be the charge nurse again.

Was it political suicide? Was it the truth that no one wanted to deal with?

And those words. Those final words she said to me. A defining moment in my life and my career.

And I knew that.

I wasn’t willing to sell my soul.

I was thankful that I was not one of them.

Accomplishing both my childhood and medical school dreams 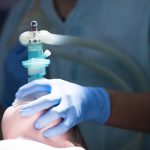 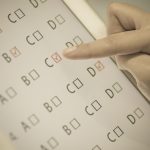 A nurse’s downfall was telling the truth
9 comments