Say you want to know which baseball players provide the most value for the big dollars they’re being paid. A Google search quickly yields analytics. But suppose your primary care physician just diagnosed you with cancer. What will a search for a “high value” cancer doctor tell you?

Public concern over bloated and unintelligible medical bills has prompted pushback ranging from an exposé by a satirical TV show to a government edictthat hospitals list their prices online. But despite widespread agreement about the importance of high-value care, information about the clinical outcomes of individual physicians, which can put cost into perspective, is scarce. Even when information about quality of care is available, it’s often unreliable, outdated, or limited in scope.

For those who are sick and scared, posting health care price tags isn’t good enough. The glaring information gap about the quality of care must be eliminated.

“When people are comparison shopping, knowing the price of something is not enough,” notes Eric Schneider, a primary care physician and senior vice president of policy and research at the Commonwealth Fund. “People want to know the quality of the goods and services they’re buying.”

While Medicare officials play up the need for transparency about prices, the information on Medicare’s Physician Compare website contains little more than professional credentials. Commercial websites have similar flaws, as does the information coming from state governments and nonprofit organizations.

Perhaps the most ambitious attempt to link the names of individual surgeons with hard data on their patients’ quality of care is the Surgeon Scorecard website hosted by the investigative journalism group ProPublica. Working with academic partners and using Medicare data available to researchers, ProPublica has published surgeon-specific complication rates for eight elective procedures, adjusted for how sick patients were to begin with. Unfortunately, the Surgeon Scorecard hasn’t been updated since 2015, although a new version is in the works.

ProPublica also showed how unreliable information can flourish when solid information is scarce. One of its reporters, a non-physician, was granted a Top Doctor award by a company whose profit model comes from selling plaques.

Since the mid-1990s, New York state has published risk-adjusted mortality rates of hospitals and individual physicians for a small number of cardiac procedures — one of the few states to do so. But those data are three to four years old and buried in reports whose bland titles, such as “Cardiac Surgery and PCI (Angioplasty) Outcomes Reports in New York State,” give no hint they contain names of individual doctors and hospitals.

The Society of Thoracic Surgeons offers both the best risk-adjustment and the most recent information (about seven months old). The group partners with Consumer Reports and has a public reporting website. But the information covers a limited number of procedures, and it comes only from medical groups that join the society’s national database and voluntarily choose to report their surgical outcomes to the public. The public-facing ratings cover only hospitals or surgical groups; even cardiologists can’t see outcomes for individual surgeons.

In cancer, the information contained in several registry programs is rich in detail. But it’s confidential, so patients can’t use the outcomes data to determine quality of care. That leaves cancer centers free to spend tens of millions of dollars on print and TV ads dangling the lure of “beat the odds” cures. Unfortunately, as with so many other advertisements, what consumers are being told is “deceptive,” according to a Truth In Advertising analysis.

The playwright Oscar Wilde once quipped, “A cynic is a man who knows the price of everything, and the value of nothing.” A good place to begin combating health care cynicism would be supporting the research needed to generate the detailed outcomes information patients urgently need for what can be life-and-death choices.

If you’re fortunate, your employer or health plan may have used its clout to get data for a “Center of Excellence” for some procedures, as Walmart and others have done.

Even though some believe that value ratings for individual doctors are a vain hope, a recently published University of Virginia study suggests a path toward developing them. Researchers crunched nine years of data from surgeons at their medical center, then assigned each surgeon a numerical score based on risk-adjusted death and complication rates in relationship to care costs. The quality of care and cost analysis was useful “for surgeons performing a certain volume of cases,” the study concluded, although greater detail on patient characteristics and the supporting hospital teams was needed “for more fairly attributing cost and quality to individual surgeons.”

Tellingly, while entrepreneurs promising price transparency are pulling in millions in funding, the Virginia researchers had to rely on mostly volunteer labor, lead investigator Dr. R. Scott Jones, a former senior official with the American College of Surgeons, said in an interview. The team is hoping for grants in order to continue.

Seema Verma, the administrator of the Centers for Medicare and Medicaid Services, recently waxed enthusiastic about the potential of price transparency in an article on the website of a health care pricing startup. Verma praised the way American “shoppers” demand “value” and promised “to pull every lever in her power” to give patients the information they need.

There’s no greater value in health care than a human life. Responsible consumerism can’t cynically focus only on price. The government and providers themselves must make it at least an equal priority to give us the timely, reliable, and complete information about the quality of care upon which our lives depend.

How telemedicine is increasing diversity in clinical trials 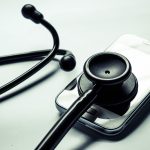 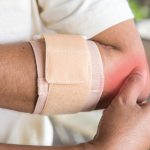