Brownian motion was what was seemingly driving Joe (not the real name) as he aimlessly wandered all around the waiting room mumbling to himself. However, there was directed thought since he avoided the chairs and the hanging computer keyboard in the room with great acumen. At no point did he look at me directly.

“How is Joe?” I asked Dad, the father of 2 children afflicted with autism. Dad proceeded to talk about all of the therapy that Joe was obtaining at the preschool for children with development delays that we were fortune to help enroll him in. PT, OT, and speech therapy all seemed to be progressing well. Mom and Dad were seeing small changes in Joe’s behavior that may not be visible to the vast majority of people that meet him, but to someone who knows him well were noticeable.

As some background, I have known this family for seven years, and the parents were hesitant at first with the suggestions that their older son may have autism. They balked for nearly a year to have him formally tested and then after the diagnosis, resisted therapies for nearly another year. Thus, there was some guilt that they felt, though this topic had never come up before. However, seeing how the therapy led to significant improvements in their older son, they eagerly moved forward with diagnosis and therapy for Joe, the younger sibling.

This visit seemed to be going well but I sensed that dad was unfulfilled.  I am not sure why but I blurted out, “It must be hard to have two children with autism.” “

“Yes, it is …”  Dad’s eyes teared up. “There are times I feel like no one understands that.” He then proceeded to mention how he switched to a very early morning shift to be able to take the boys to therapies and doctor visits in the afternoons.

“We love our boys, and we will do anything for them, but it is difficult.”

Then he mentioned the topic that I feared would eventually come up.

“Though I wonder what you think of me for having fought the testing and therapy so much with our first son.”

He looked down on the ground sheepishly.

Instinctively I sat down next to dad and looked right at him. At this moment it was not a parent and doctor in the room but two people who understood each other, whose lives are to a large extent focused on our beloved families and who have made honest mistakes in how we take care of them. “It happened,” I replied “and you can’t change that. However, I think that your boys are very fortunate to have you and your wife as parents. Hang in there, and you know how to find me for anything you need.”

Dad smiled, reaching down and hugging Joe. “Thanks,” he softly said, and Joe made a microsecond long eye contact with me before meandering out into the hallway in his constant movement distinctive way.

In an objective, checklist way the visit didn’t accomplish much. All of the therapies are already in place and progressing as hoped for, if not better. I made no changes and found no reason to prescribe any medications. This was not the true value of this visit. Ultimately it was the human bonding, the closeness that develops between a family and their provider, where you realize that medicine is indeed in large part relationship building. It is this that helps our parents, in some part, to continue the hard work of raising children, especially those with chronic illnesses. It would be difficult to capture this in some objective RVU way, but these ultimately are the moments that define medical care.

The win-win solution for patient satisfaction 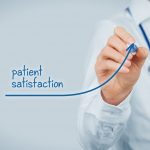 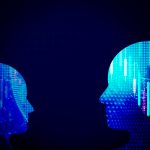