“Try this,” whispers Kate Winslet as I wander past the Lancôme counter. “Your glowing skin will thank you.”

The consequences of a celebrity endorsement are seemingly harmless when it comes to revamping a makeup routine, but what happens when this type of advertisement seeps into the world of health care? It has been proven many times that celebrity endorsements influence decisions about specific political candidates, issues or parties, and the positive impact of Hollywood on voter turn out and other political attitudes. Can these same types of statements be used to help promote improvements for public health?

In 2015, Kim Kardashian-West shared an advertisement with her 40.8 million Instagram followers at the time for a drug called Diclegis, a morning-sickness drug she was using during her pregnancy. She had a paid partnership with the company, and, attempting to follow FDA advertising guidelines, including the name of the drug, appropriate use of the drug, and a link which included a description of risks. The FDA later informed the company that posting a link to the associated risk factors was not enough to meet the requirements, and Kardashian-West edited her post, this time including details of the risk factors. Although Diclegis, a category A pregnancy drug, has minimal, and relatively common-sense side effects such as drowsiness, the FDA ruled that full disclosure is required to prevent public confusion surrounding the effectiveness and safety of a drug.

Angelina Jolie, a Hollywood icon, famously penned a New York Times op-ed concerning her decision to have an elective prophylactic bilateral mastectomy to decrease her risk of developing breast cancer, after discovering she was a BRCA+ carrier. In 2016, the Harvard Medical Journal conducted a study that found that there was a 64 percent increase in BRCA testing in the U.S., although this was not correlated with an increased incidence in treatment of breast cancer and ovarian cancer, diseases linked to BRCA+ mutation. This increase cost the U.S. health care system an estimated 13.5 million dollars, but was seemingly pointless, as there was no significant increase in preventative treatment for breast cancer. Jolie’s promotion of her travails caused a rise in concern from a specific population that was not likely to be carriers of the BRCA mutation. It may be that celebrities can help to promote specific genetic tests, but it does not help matters if it is not geared towards the most at-risk population.

Jenny McCarthy’s infamous statements regarding vaccines have fueled damaging anti-vaccination movements until today. One such statement by McCarthy included: “Let me put it in scientific terms: think of autism like a fart, and vaccines are the finger you pull to make it happen.”  The case to not vaccinate has been undoubtedly disputed, but that has not prevented people from refusing vaccines. Just this past summer, over 100 cases of measles were reported across 21 states, with ongoing cases until now. Many parents in these states, and other states across the U.S., believe vaccines cause autism; by not vaccinating their children, they not only their children at risk, but also other children who can’t be vaccinated for medical reasons. A survey conducted by the American Society of Microbiology and Research America found that 23 percent of Americans do not believe that vaccines are tested thoroughly for safety. Although it is estimated that 80 percent of American children are up to date on their vaccines, there remains a large percentage of those who do not vaccinate, or who do not value vaccinations.

So, where do we draw the line when it comes to listening to the voices in popular culture? That depends on which claims have scientific backing. Unless Kate Winslet is simply telling you to buy that moisturizer, in which case, you should definitely listen.

Sheindel Ifrah is a post-baccalaureate student. 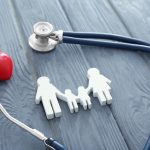 All corners of the world meet in the hospital 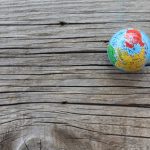 The consequences of celebrity endorsements in health care
1 comments