Last week I took the naloxone challenge. I walked up to a pharmacy window, waited in line, and requested naloxone from the pharmacist. She showed a supportive but knowing look, and I became acutely aware of the four people in line behind me. After giving her my name and date of birth, she was able to pull my insurance info from prior visits, and I left with a dose of life-saving naloxone in my pocket. All it cost me was some embarrassment, some privacy, and $30.

Naloxone is an antidote to heroin and opioid overdose. While it normally requires a prescription from a doctor, 49 states have created standing orders that allow pharmacists to distribute it without a prescription, but that isn’t good enough. Well-intentioned medical directors, pharmacists, and legislators have spent countless hours setting up separate standing orders in each jurisdiction, trying to work around a regulatory framework that makes it easier to buy Rogaine than naloxone. It’s a mistake to think that this is the solution. The solution is making naloxone over the counter (OTC) nationally.

Patients at risk for opioid overdose often face a significant amount of stigma from family, strangers, and medical providers. They keep their drug use a secret and may be reluctant to go to a neighborhood pharmacy and ask for naloxone under a standing order. They can buy acetaminophen, condoms, even needles, and alcohol swabs online or in an anonymous self-checkout line, but they have to walk into the local Walgreens and give their name to get naloxone. Many emergency departments, clinics, and treatment centers distribute naloxone, but a minority of people at risk of overdose end up there. The stereotype of the addict in an urban ED or a treatment center ignores the reality that opioid addiction is as common as some cancers. Education about the dangers of opioid overdose has increased awareness of naloxone, but increasing safe, anonymous access will keep patients safer.

Pharmacies have standard operating procedures meant to keep patients safe and ensure payment. This means linking the medication to the patient chart and insurance and all the issues that come with that. Some have reported difficulty getting life insurance after filling a prescription for naloxone. Children or spouses may be concerned that insurance records may unmask their opioid use. Privacy concerns are very real, especially as patients have discovered that their medication history may be sold by pharmacies to drug companies for future marketing. The lack of an anonymous way to get OTC naloxone discourages people with opioid use disorder and those that care about them from doing the right thing and having naloxone on hand.

The barrier to OTC status is largely due to regulatory hurdles and delayed actions by pharmaceutical companies, many of which already make money selling both opioids and the naloxone that reverses them. Because naloxone is already available as a prescription medication, what is required is a prescription to OTC switch. The law requires that a drug being considered for such a switch has labeling that allows someone to self-diagnose and treat overdose, not require a health practitioner, that there is low potential for misuse/abuse, and a high safety margin that benefits outweigh risks. Anyone familiar with opioid overdose knows that this is true about naloxone. It has virtually no effects in people without opioid dependence, and it’s most severe effects occur when it is used to save a life following an overdose — a clear benefit in excess of risk. Recently such a label has been crafted by the FDA, but the FDA does not perform drug trials. Next steps require drug companies who currently make naloxone to apply for the switch. Previous approaches by such companies have led to the talking naloxone auto-injector that seems to complicate rather than solve the problem.

I’d encourage you to take the #NaloxoneChallenge, give your information to the pharmacist, feel their eyes on you, and walk out with naloxone in your pocket. You’ve done nothing wrong, you probably don’t have an issue with opioids, but ask yourself how you feel. Wonder if your spouse is going to ask about this charge at Walgreens. And then send a letter to your congressperson asking what they’re doing to get OTC naloxone.

The patient-clinician relationship matters. To all of us. 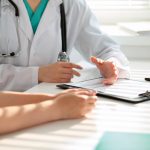 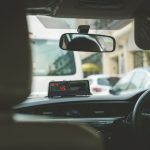