In my first year of medical school, I attended a lecture on health disparities that focused on the difference in patient outcomes based on race and socioeconomic status. The lecture cited multiple peer-reviewed studies that extensively demonstrated these disparities and how health care professionals, not solely social determinants of health, contribute to them. The lecture concluded with an appeal to improve our cultural awareness and acknowledge our conscious and unconscious biases in hopes of improving patient care and eliminating health disparities. As someone interested in the topic, I was enthused that this was being taught. As time passed, however, I realized that lectures like this would become a rarity, if existent at all.

Now on my clinical rotations, the extensive and damning literature on health care professionals’ role in health disparities has come to life before my eyes. Here are a few stories I’d like to share, along with the research they embody:

Fact #1: A 2003 study published in the Journal of Pain Medicine shows that African Americans are undertreated for their pain compared to their white counterparts.

During my surgery rotation, I was with a general surgeon conducting post-operative follow-up appointments. We saw two patients who had gotten appendectomies the previous week. One was white and felt fine, while the other was black and still reporting pain. When the latter asked if he could get something more for pain, the surgeon immediately said, “I cannot prescribe you any more Percocet.” The patient’s mother pointed out the physician had never prescribed Percocet, but had prescribed a less potent, non-opiate medication.

I saw that surgeon do many surgeries and repeatedly discharge his post-operative patients with Percocet prescriptions. Why hadn’t he followed his normal routine? In fact, the surgeon was so used to his norm that he even assumed he had followed it.  I couldn’t help but think it had something to do with how the patient looked.

On my OB/GYN rotation, I had the privilege of meeting an excited mother in labor with her fifth child. She had an uncomplicated vaginal delivery but continued to complain of excessive pain two days later. Medical staff reassured her this was normal and discharged her.

According to her family, the patient barely left her bed for the next five days, continuing to experience severe pain. She called her OB/GYN‘s office, which continued to reassure her and scheduled her for an appointment the following week. When the patient continued to decline, she was brought to the hospital and immediately met the criteria for sepsis. Further investigation revealed a uterine infection, prompting hospital admission. Luckily, she improved with potent IV antibiotics.

After giving birth to five children, this mother knew her pain was atypical for her, but clinicians repeatedly dismissed her. In addition, no one felt the need to take responsibility. One student overheard some of the residents discussing whether this was the patient’s own doing by possibly having intercourse upon discharge, even though the pain started before she left the hospital.

Facts #2: A 2003 study in JAMA showed that African American patients are more likely to be labeled with psychiatric problems, even though the incidence of most psychiatric diseases does not largely differ among races.

Fact #3: A 2013 study in the Annals of Family Medicine showed that white physicians are more paternalistic and participate less in patient-centered care with their African American patients.

While on my neurology rotation, we saw a patient with a history of extensive brain injury who had a seizure after a severe urinary tract infection. According to his medical records, this had not been his first. His sister was his main caregiver and was by his side throughout his hospital stay. Our team was consulted to determine whether the patient required anti-seizure medications.

When I accompanied my attending physician to talk to the patient and his family about our recommendation to start anti-seizure medications, the patient and his family were hesitant. They said these seizures happened only when he had an infection, and they didn’t want to burden him with more medications if he really didn’t need them. In addition, they told us he had been trialed on anti-seizure medications previously and had bad reactions, which made them nervous to try similar medications again. The family continued to ask questions about the side effects of the medications, how do they work to prevent seizures, etc.

Reasonable questions that I had heard many patients ask in the past were apparently unreasonable to my attending. When we left the room, my attending began commenting on the patient’s sister. “Why was she asking questions about how the medications work?” “Does she want to take a bunch of pharmacology lectures?” “Do they think they’re the doctor?” She concluded her remarks with, “I think there was some sort of personality disorder going on with her.” It felt like déjà vu, as I immediately remembered a similar story Dr. Damon Tweedy shared in his book, Black Man in a White Coat.

It’s one thing to read academic articles about how health care providers treat patients differently based on their race; it’s another thing to see it firsthand. I don’t believe it’s a coincidence that my experiences complement what research demonstrates. I’m also certain these instances are not unique to my school, hospital, attending physicians, or region. What seems striking to me is that, despite these issues being scientifically evident, no one seems to acknowledge or talk about them even as they unfold before us. What was the point of that lecture in my first year of medical school?

This is my plea to (white) health care providers out there to respect their duty to care for all patients equitably. That means reflecting on our behavior constantly (even when it’s uncomfortable) and making changes. It means asking ourselves every time we leave a patient’s room, “Did I act or make a decision differently because of my biases?” We cannot continue to allow our patients to become another health disparity statistic. This is our problem, and we need to fix it. 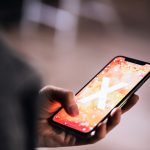 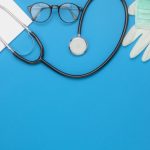