My late father often repeated the adage, “Any man who serves as his own lawyer has a fool for a client.” We physicians may not represent ourselves in court, but we often try to treat ourselves or neglect our own medical care — and end up with a fool for a patient.

My uncle was a family physician who practiced in the Kenai Peninsula of Alaska. He was my childhood hero and is no doubt was one of the reasons I went into medicine. At the end of medical school, he invited me to spend six wonderful weeks working with him in his clinic in Soldotna. On weekends, my wife and I would walk with him out to the airstrip he had cleared from his 80-acre homestead (“The Gaede Eighty”), climb into his three-seat Piper PA-12 Super Cruiser and fly to remote lakes and glaciers or soar across the Cook Inlet to hunt caribou.

So, understandably, his unexpected death of an MI at age 69 shook me like no other death ever had. My dismay was compounded when I learned that he might have survived much longer had he made the effort to get good medical care. All the details are not clear, but after he developed cardiac symptoms, he apparently declined to undergo conventional treatment, ignored the seriousness of the matter and instead attempted to treat the condition himself.

Several factors conspire against good medical care for doctors. First, we’re very well-trained in medical care, we know our own medical history better than anyone else, we have easy access to multiple drugs and diagnostic tests — so why in the world would we need to consult anyone else? I am as guilty of this practice as anyone. So far, I haven’t committed malpractice on myself, but how do I and other physicians recognize the point when this practice becomes risky and dangerous?

Second, we’re very busy doing very important things — saving lives, for heaven’s sake! We work very hard, and I sense that many of us are workaholics.

A GI colleague once told me that several physicians declined to take an anesthetic during their colonoscopy so that they could return to the office or operating room the same afternoon.

We often don’t take the time to seek our own medical care. Between the seemingly endless needs of our patients and EMR documentation, plus making time for our family, friends, exercise, relaxation, and the next Warriors game — how could we possibly squeeze in enough time to see a physician? On the other hand, how can we do an optimal job of caring for patients if we do not pay close attention to our health?

A study of U.S. surgeons showed that less than half had seen their primary care physician in the past year and 30 percent did not even have a primary care physician. But those that had seen their physician in the past year were more up to date on their health screening and had higher quality-of-life scores. A study of British National Health Service physicians showed that most went to work even when they were ill and worked on days when people in other professions would be have stayed home and rested.

The third hurdle we physicians face in getting good medical care is that the physician-patient relationship is different for us. If you are a physician treating another physician, you might do things a bit differently. For example, you might be reluctant to tell a colleague they need to lose weight or cut down on their drinking. You might defer doing a rectal exam. At the other extreme, in an effort to be extra-thorough, you might order a slew of questionably necessary tests. I felt some of this tension when I established care with my primary physician. So at the first visit, I made it clear to him that I wanted to be treated in all ways as a regular patient, which included no courtesy privileges, and no waiving of the digital prostate exam.

“Curbside consults” are easy for us to obtain from our colleagues, but obviously, do not constitute good medical care. And our clinical style with a fellow physician might become too casual at times. A number of years ago while I was performing a procedure on a fellow physician, we both became engrossed in an animated conversation. Suddenly, I realized I wasn’t paying attention to what I was doing and had almost made a serious error. I subsequently adopted the “sterile cockpit” rule — no casual chit chat while performing the most critical part of any procedure, regardless of who the patient may be.

For some years, our medical society held annual physical exam events for member physicians. Generously hosted at the Kaiser Hospital, multiple physicians from multiple specialties performed comprehensive medical exams. The raison d’etre of this event was to offer an opportunity for physicians to obtain a comprehensive medical exam by their peers, including lab and X-rays, and conveniently scheduled after regular business hours. The intent of this program was noble: It enabled many physicians to receive a medical exam that they might not otherwise have taken the time to do. Plus, it was free!

But this tradition also struck me as a bit ironic. If anyone can afford to pay for a medical evaluation, we doctors can. And to think that a “one-night-stand” medical exam by multiple physicians is equivalent to having a thorough exam by one’s own primary care physician is misguided — at best. Case in point: These annual doctor-doctor exams ended over 10 years years ago after a lawsuit was filed over an overlooked X-ray abnormality.

But let me also make clear that when we are treating another physician, we should not hesitate to make it a bit easier for them to receive good medical care. That might mean squeezing them into a busy schedule or seeing them at lunchtime or after regular hours. I have been the recipient of such generosity by my colleagues on several occasions and try to “pass it forward” to any colleagues that I treat. Since healthier doctors can give better care to their patients, making sure our fellow physicians get good health care is a practice that benefits our entire community.

“Physician, heal thyself” is a taunt, an absurd command, but it has a kernel of wisdom in it. Maybe it is really saying this: “Physician, slip off the white coat, call your doctor and maybe, for the first time, let yourself be a patient.”

Don Gaede is an internal medicine physician. A book has been written about Dr. Gaede’s uncle, Alaska Bush Pilot Doctor. 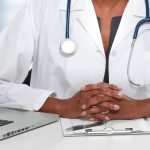 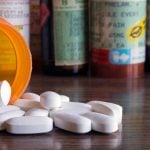