A 79-year-old man is evaluated for a 2-month history of progressively worsening headaches, nausea, visual disturbance, and difficulty speaking. He also has hypertension and gastroesophageal reflux disease. Medications are lisinopril and omeprazole.

An MRI of the brain shows a well-demarcated, homogeneously enhancing, hyperintense lesion that is suspicious for primary central nervous system lymphoma in the brainstem extending from the left pons to the medulla. Mass effect but no edema is present. The lesion obstructs the cerebral aqueduct, and hydrocephalus with enlargement of the lateral and third ventricles is noted.

This patient should undergo vitreous fluid sampling. He most likely has primary central nervous system lymphoma (PCNSL). PCNSL is a non-Hodgkin lymphoma that can affect any part of the central nervous system but commonly presents as a focal supratentorial lesion. Although PCNSL is commonly seen in patients with HIV infection, PCNSL is increasing in incidence among older, immunocompetent patients. An association with Epstein-Barr virus has been noted. Pathologic analysis, usually of a brain biopsy specimen, is required to make a diagnosis of PCNSL. Diffuse large B-cell lymphoma is typical. Cerebrospinal fluid (CSF) cytology can be diagnostic in 10% of patients, although repeated samples often are necessary. Ocular involvement in the vitreous or retina may be seen in 10% to 20% of patients and can be detected with a slit-lamp examination and confirmed by vitreous fluid sampling. In this patient, vitreous fluid collection with cytologic analysis may obviate the need for more invasive and potentially risky testing, such as brain biopsy. Despite being chemo- and radiosensitive, PCNSL typically recurs and has a generally poor prognosis.

Because the lesion is in the brainstem, brain biopsy can result in significant neurologic injury and is considered a high-risk procedure. Brain biopsy should be considered only if other tests have been unrevealing, including cytologic analysis of vitreous fluid.

When PCNSL is suspected, glucocorticoids should be avoided until the diagnosis is confirmed because they are lymphocytotoxic and can result in false-negative histopathologic or cytopathologic results. Although this patient has hydrocephalus, herniation and brain edema are not present, and thus glucocorticoid therapy may be delayed while the diagnostic evaluation is completed.

Lumbar puncture is contraindicated in a patient with mass effect and hydrocephalus because it may precipitate herniation. If mass effect with hydrocephalus were not present, CSF sampling would be a reasonable step because lymphomatous cells may often be present in the CSF and would establish the diagnosis of PCNSL. 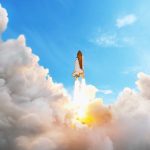 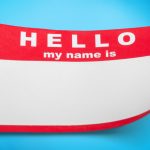