The #MeToo movement exploded into the national spotlight in October 2017 with The New York Times exposé of sexual abuse allegations against Hollywood media mogul Harvey Weinstein. It has since encouraged thousands (if not hundreds of thousands) of people to come forward and share their stories of sexual harassment, sexual assault and gender discrimination in the workplace and their daily lives.

In some cases, these allegations have led to the resignation or termination of men in prominent authority positions. While many of these high-profile incidents involved executives in the tech and entertainment industries, women in health care have not been immune to sexual harassment and gender discrimination dangers.

In fact, a 2018 National Academies of Science, Engineering and Medicine (NASEM) report comparing studies of the sexual harassment experiences of female students in STEM and non-STEM fields actually found that female medical students were 220 percent more likely than non-STEM majors to report sexual harassment by faculty and staff.

Additional data in the report suggested that sexual harassment is having profound negative effects within the health care industry. Specifically, female physicians who experienced sexual harassment reported three common professional outcomes, including stepping down from leadership opportunities, leaving their institution and even leaving the field altogether.

At a time when physician, nurse practitioner and physician assistant shortages are only expected to grow, the industry is losing valuable female clinicians because of a culture in which there has traditionally been a perceived tolerance for sexual harassment, men have outnumbered women in leadership roles, and Title IX and Title VII policies were designed to protect institutions but failed to prevent gender discrimination and harassment.

Compounding matters, sexual harassment and gender discrimination in the health care workplace is not limited to interactions between employees. Female physicians, nurse practitioners, physician assistants, and others may also be harassed by patients and patient family members as well as by third-party vendors or non-employee service providers.

It’s a challenging situation, to say the least. We recently spoke to three professionals with expertise in this area to get their take on what health care organizations and medical institutions can do to change their culture for the better.

As a defense attorney and principal at Jackson Lewis, Margaret J. Strange defends companies and supervisors accused of harassment and discrimination. She is also head of the health care industry thought leadership committee at the firm. “I do a significant amount of work in the health care industry around creating environments that are good for everyone,” she explains.

Strange says that workplace sexual harassment and gender discrimination are issues every health care employer needs to be mindful of and proactively work to prevent. “The first thing I think they should do is take a really close look at their culture,” she adds. “Everyone from the top down needs to focus on creating a positive workplace environment.”

This includes an environment in which employees feel comfortable voicing their concerns. “We hear a lot in the health care industry that people feel they can’t bring complaints forward because they won’t be taken seriously and they won’t get any help,” she says. “Health care organizations need to focus on creating an environment where people are comfortable speaking up and know that if they do so, they will get some assistance.”

Strange says that health care organizations and medical institutions should also reevaluate how they address the need for physician discipline. “Traditionally, physician discipline issues have been handled by medical leadership, not the human resources department,” she explains. “That creates problems because people don’t feel like they can go to human resources and have anything happen.”

She recommends instead that “employers change how they address workplace conduct by having physician leadership and human resources work together.” This should include “creating tools for addressing concerns that are brought forward about physician behavior,” she says.

Finally, she suggests that health care industry employers standardize their internal investigations. “Some of our clients are looking at building toolkits to help their human resource teams investigate misconduct,” she explains. “They will include sample questions to ask if someone brings forward a complaint and forms to fill out regarding what you find. This way, employees know that claims are being taken seriously and investigated properly.”

Roberta E. Gebhard, DO, is president-elect of the American Medical Women’s Association (AMWA), an organization of women physicians and physicians in training that was founded in 1915. She believes that sexual harassment and gender discrimination is a significant problem within the health care industry and must be addressed by every employer.

“I just realized this,” she adds, “but the percentage of women physicians who have been sexually harassed at some point in their career is the same percentage of a man’s salary that we earn — that’s 77 percent.”

Gebhard advises health care organizations and medical institutions to start changing this trend by revamping their sexual harassment training programs. “A lot of times, they just set up an online webinar and employees watch it and then are done,” she explains. “But in order to be effective, any sexual harassment training needs to be face-to-face, live and interactive. And it also has to be made a priority from the top down. If the administrative team isn’t invested in it, it’s just not going to work.”

She also believes that promoting gender equity is essential to curbing sexual harassment. “If you’re not paying women as much, the assumption is that they aren’t worth as much and therefore can be harassed and discriminated against,” she adds. She recommends enlisting the assistance of Equity Quotient, a consulting service that measures gender equity and work-culture metrics in health care workplaces.

In the meantime, she encourages every health care professional to step in when he or she sees harassment or discrimination happening to a co-worker. “You can let the patient know that it isn’t an acceptable behavior,” she explains. “Be comfortable enough in your own skin to tell them that it’s not appropriate. You can also call the doctor away; page them to your unit to get them out of the situation.”

Jane van Dis, MD, is the co-founder of Equity Quotient along with Esther Choo, MD. Together, they created the consulting company because they saw a need to effect cultural change within medical institutions and other health care organizations.

“We know there is a problem in our industry in terms of how women are treated both interpersonally as well as from institution to practicing physician,” she explains. “We also know that if you ask any leader of a major medical group or health care organization, they are going to say that of course, they are committed to gender equity and a workplace free of harassment. But those words lack meaning when there isn’t any data behind them. So, it’s about creating data to measure culture.”

Equity Quotient creates that data with an app and web-based survey tool that allows health care employees to deidentify themselves and report back to leadership and HR about their experiences in the workplace. “This provides a baseline,” van Dis says. “And it allows leaders who want to have better, safer workers institute policies, programming and education and track progress over time.”

“As physicians, we’re used to being measured on outcomes,” she continues. “We propose that leaders start thinking about measuring gender equity and the absence or presence of sexual harassment in their workplaces and tying that to CEO compensation. Then it’s not just a theory but measured and tracked and reported, and it has money and finances attached to it. It becomes a measure of the health of the organization.”

A baseline assessment is the starting point, van Dis says. “Take a temperature and find out where you’re at. Sometimes that data can be startling and difficult, but that’s what adults do, right? They don’t shy away from the things that are painful but instead approach them in a really honest and transparent way.”

She also suggests that medical institutions and health care organizations promote more women. “That’s actually data driven. Studies show that when more women are in leadership, the culture of the organization changes. When more women are in leadership, it’s a safer work environment for both men and women. By excluding women from leadership, you are actually creating fertile ground for misalignment in terms of cultural values. The power dynamics need to change in order to create a safe, equitable culture.” 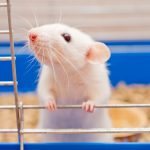