Physicians and other health care professionals are uniquely suited to understand artificial intelligence. They’ve studied or routinely use mathematics, data analysis, and algorithms. They comprehend pattern recognition, decision trees, rules-based systems, and statistics. These are the very components of AI.  Perhaps the only thing our premed and medical training didn’t teach us was how to code. But we understand how coding is done. Add to this our training in how the brain works, our insight into neurons and their networks, and our expertise in human cognition, and it becomes obvious our medical background jumpstarts a strong artificial intelligence understanding. We should not turn away from AI, but as a favorite quote from the Matrix urges: “Take the red pill.”

Artificial intelligence is defined as computers systems which act intelligently. The field of AI has six subsets:  reasoning, planning, perception, ability to move and manipulate objects, natural language processing and what has come to be the essential component of AI, machine learning.

Machine learning is AI’s leading edge. The term machine learning is ascribed to Arthur Samuel’s experiments at IBM in the late 1950s in which he used simple algorithms to teach machines to play checkers. Algorithms are programmed code which tell a computer precisely what steps to take to solve a problem or reach a goal. They are called inputs, while the results are called the outputs. We think computers are not intelligent because they aren’t able to do anything without us first programming or teaching them. However more recent machine learning involves the computer becoming more intelligent by teaching itself.

Through the use of programmed algorithms, computers analyze large amounts of data, then learn patterns that will help it make predictions about new data sets. The more data provided for the algorithm, the better the predictions, and the quality of the predictions improve with experience. In essence, the machine is being trained to teach itself to learn in a similar way to humans by interpreting data and using feedback to learn from successes and failures to make better decisions and predict outcomes (optimization).  When you layer these processes to optimize predictions based on the data received, you create something called neural networks.

Neural networks are based on the brain which works through connected networks of neurons. Computers can be programmed using algorithmic structures to simulate neuron function. In a neural network, there are three layers of neurons: the input layer where data enters, the hidden layer where information is processed, and the output layer where the system decides what to do based on the data. Multiple layers of neural networks can be assembled to form a deep neural network where the output of one neuron layer becomes the input for the next neuron layer. Many neural networks can be layered in a network so deep that new computational methods called GPUs and clusters of computer nodes are needed to build them. In these systems, the machine learns as it filters information through multiple neural network layers similar to the way the brain works. This is known as deep learning.

Deep learning uses algorithms in neural layers to create a neural network that can learn and make intelligent decisions on its own. The term was introduced by Rina Dechter in her work in cognitive systems in 1986.  Learning can be supervised (trained with labeled data), semi-supervised, or unsupervised (trained with little data). The “deep” in deep learning is the number of layers through which the data is transformed. As part of deep learning, recurrent neural networks are used in pattern recognition, and convolutional neural networks are used for image recognition. Deep learning is a sub-field of machine learning and leads to the most human-like artificial intelligence.

Artificial intelligence has many components which we as medical professionals can easily understand.  From machine learning algorithms leading to neural networks, to layered neural networks creating deep learning systems, we have expansive knowledge to comprehend how a computer becomes intelligent. Knowing how artificial intelligence works empowers us to be at the forefront of using it.

These are the moments that define medical care 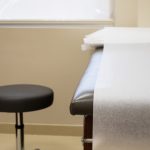