I have been practicing telemedicine successfully for four years. In 2015, I had to beg doctors to work in telemedicine. Because so many doctors were wary of it, I started to get licensed in multiple states, and now, I have 15 state licenses. Well, what a difference a few years makes. Now, in 2019, I get six to seven Linkedin, Facebook, and Instagram messages a week from physicians asking me if I am hiring for my telemedicine practice.

This is clearly a very frustrating situation for the patient’s “in person” physician.

If physicians are involved in the evolution of telemedicine, then we can influence how it is practiced to ensure the safety of telehealth.

One way doctors can get into telemedicine right away is by beginning to offer virtual care to their existing patients as an extension of their current practice. These doctors are likely to not only have higher patient satisfaction levels, but will also be able to offer their patients a 360-degree care experience. And, of course, if the doctor does think that the patient needs to come in, they can advise that during the virtual visit.

The benefits of telemedicine don’t just stop at the patient; there are many benefits for the doctor also. Telemedicine gives physicians more freedom in the way they practice medicine, especially when caring for established patients who they know very well. There are codes that allow doctors to be paid for virtual patient interactions. Everyone knows that physician burnout is on the rise and new technology and telemedicine can help give doctors more work-life balance. I encourage doctors to not shy away from telemedicine, but rather, become part of the conversation, and help to shape its future.

Saya Nagori is an ophthalmologist and editor, @MedicineandTech Newsletter. 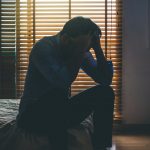 How do fitness trackers fit in the future of health care? 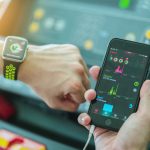 How telemedicine can help patients and solve physician burnout
2 comments