My wife Uzma died peacefully at home. She didn’t take any painkillers for her last three days. Our kids, my parents, and I were next to her. In the weeks leading up to her death, many old friends visited her. Others sent her flowers, cards, and food. It was a good death. Yes, in the last five years cancer and its treatment took a physical and emotional toll. Yes, she left us a lot earlier than she deserved. Yes, the kids are young.

Nevertheless, it was a good death. There are few among us who wouldn’t want her end: pain-free, at home, with loved ones near. None of it would have been possible without hospice.

When Uzma was referred to hospice, both of us, as physicians, knew what hospice meant: that now the focus would be on comfort care. But what I didn’t quite get then was the incredible, warm, enveloping embrace hospice offers to the dying and their family. A referral to hospice is not a death sentence. The death sentence was the spread of cancer to the liver. As Uzma wrote previously on her blog, the prognosis of metastatic breast cancer is three years average. Hospice merely ensured a comfortable, dignified dying process.

Every single hospice appointment was at home. The nurses, the doctor, the physical therapist, the chaplain, and the social worker all came to our home as often as necessary. They met with Uzma in whichever room she was at the time. Though they had their professional tasks to complete, they met with Uzma for only as long as she wanted.

Except for going to the hospital for paracentesis — the procedure of draining the fluid that accumulates in one’s belly when the liver gives out — Uzma didn’t leave home at all while in hospice. Upon the recommendation of hospice, the second time they did the paracentesis, they put in a catheter, a tube, in her belly through which we could drain the fluid at home. The hospice nurses showed me how to remove the fluid once a day, if necessary, to keep Uzma comfortable by keeping her belly from distending.

There were no unnecessary interventions. No lab tests whose results wouldn’t change treatment. No medications that wouldn’t provide comfort. One of the first things we received from hospice was a comfort medication kit to use to alleviate symptoms that can accompany dying. They included drugs to help with agitation, anxiety, pain, and respiratory secretions. No running to the pharmacy for medications, either. They were all delivered home. The physical therapist said his goal was to ensure safety and comfort. He taught me how to help my wife get in and out of bed, use the bathroom, and sit around and move about in a manner that was safe and mechanically efficient, and therefore less tiring. As I said, no unnecessary interventions.

Had Uzma needed hospitalization for any reason — say, a condition unrelated to cancer that she would survive with treatment in the hospital — she would have bypassed the Emergency Room and would have been admitted to a bed reserved for hospice patients. Had I needed a respite from caregiving for a few hours, hospice could provide volunteers to provide that for up to three hours at a time. Were I to need a more extended respite, Uzma could be admitted to a hospice bed at a nursing home for up to five days. And the hospice staff would coordinate and arrange everything. We never had to use these options, but just knowing they were there gave comfort and peace of mind.

Two of the most emotionally essential services that hospice provided was a chaplain and a social worker specializing in counseling children about death and dying. The visits with the chaplain were among the longest Uzma had with any of the hospice professionals. The social worker provided excellent tips about helping kids. Both offered incredible emotional support to Uzma and the family. The social worker, who specializes in counseling kids, was also available to provide bereavement counseling for several months after Uzma’s death.

Uzma had decided long ago that when the time came for the hospital bed, it would go next to a large window in the living room that faces the front of the house. From our bedroom window, one can see only the back of other homes in our neighborhood and the alleys separating them. In the front, there are trees. She could see people as they parked their cars and walked up to our house to visit. Most importantly, she could see our daughter’s bus stop. She could watch her board and exit her bus from the hospital bed. That’s the main reason she had chosen that location for the hospital bed long before the bed came. The second most important reason was that she did not want to die in a bedroom, where people go to sleep. She wanted to die where people live and meet.

Hospice was available 24/7 by phone and was always reassuring. When Uzma died, the hospice nurse came within an hour to examine and pronounce her dead. The nurse called the funeral home to notify them of the death. Then he gave us a heads up about our next steps that night with the funeral home.

Hospice didn’t stop suffering. But what it did for us was priceless. Without hospice, Uzma would not have died in a manner of her choosing at home, without pain in her last few days, and surrounded by family. She would not have died where she wanted to die — in the living room.

Dheeraj Raina is a psychiatrist.

3 tips from an attorney to avoid a medical malpractice lawsuit 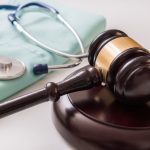 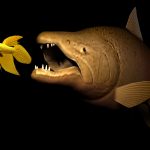 Hospice didn’t stop suffering. But what it did for us was priceless.
2 comments