Rudolf Virchow, a pioneering physician of the 1800s, once wrote that “politics is nothing but medicine on a large scale”. Over a century later, this nexus is as apparent as ever, and many doctors engage as practitioners of both.

Twitter erupted this past fall with photos of soiled scrubs, resuscitation room floors and surgically-removed bullets — all crimson with blood and tagged #ThisIsOurLane. This was in repudiation of an invidious tweet from the National Rifle Association, the organization that presides over the 14,500 annual firearms homicides in the United States. In early 2017, medical students nationwide organized a grassroots movement to protest the Republican party’s bad-faith efforts at health care “reform,” a euphemism veiling their endeavor to take health insurance away from 15 million Americans. Spurred by the structural racism and police brutality that kills young black men like Trayvon Martin and Philando Castile, medical students have marched in solidarity against such injustice under the banner of “White Coats for Black Lives.”

While non-exhaustive, these examples illustrate the types of issues that galvanize the engagement of medical professionals. Injustice and the disproportionate distribution of death and disease define these prominent American problems. In turn, they compel us to don our white coats and take action.

To us, such activism is unsurprising. In our recently published study of medical students across the country, we report that nearly 9 out of 10 future doctors consider advocacy an inextricable part of their professional duties.

Of course, the idea of the doctor-advocate was not conceived by our generation. Physicians pledge in the Hippocratic Oath to “prevent disease whenever [we] can” and to fulfill “special obligations to all [our] fellow human beings.” Virchow, quoted in the opening sentence, further wrote, “physicians are the natural attorneys of the poor, and the social problems should largely be solved by them.” Several contemporary medical organizations have also articulated stances on physician advocacy in their mission statements and professional codes. The American Medical Association, for example, requires physicians to “advocate for social, economic, educational and political changes that ameliorate suffering and contribute to human well-being.” And of course, we would be remiss if we failed to acknowledge the pioneering physician-activists whose legacies inspire us still: Drs. W. Montague Cobb, Anatoly Koryagin, and Muthulakshmi Reddy comprise a non-exhaustive list of physicians who used their insight and influence to correct societal wrongs and advocate for justice for the patients they served.

Nevertheless, we believe that our generation of physicians will abide by a more expansive interpretation of our professional responsibilities relative to our predecessors and that the findings of our study herald the ascension of an activist generation of physicians. The reasons for this are likely myriad and complex — we posit a few of them below.

First, the typical applicant and matriculant to medical school may be changing. She may be more liberal and more inclined to view health as a human right, rather than a privilege conferred upon those who can afford it. Subscribing to such a rights-based framework carries with it a moral imperative to engage the laws, structures, and traditions that may withhold or attenuate these rights for certain groups of Americans.

Secondly, it is possible that more and more medical students are gaining a propensity for advocacy and awareness of social injustice in medical school. Many of us recognize the power and privilege physicians wield in our society, and seek to use both to dismantle structural inequities. Our clinical training sharpens this awareness, as we medical students become acquainted with the embedded societal and political factors that predispose our patients to excess disease and suffering. Intimate interaction with these injustices likely drives many students to seek out ways to correct them. Several medical schools have even integrated formalized advocacy training into their curricula to facilitate such activism. Elsewhere, students organize such training themselves, planning conferences and workshops to strategize advocacy efforts.

Thirdly, medicine is changing. While we still treat the individual patients whom we encounter in our exam rooms and hospital beds, more and more we are asking how we can address the variegated political and social factors that make them sick. In other words, we are shifting our focus from treating disease to improving health, which demands a proclivity for prevention, interprofessional partnership, systems-thinking, and political action.

Why does this matter? For the policymakers in our country, as long as our laws and embedded societal structures propagate the inequities that cause needless suffering, we will speak forcefully and persistently outside your door. For industry and interest group leaders who value personal gain over the livelihoods of workers and fellow Americans, we will pressure you: issues like gun control, climate change, health care reform, and police brutality have measurable and preventable public health effects, and thus are well within our lane as physicians. For the short-sighted individuals and networks who seek to advance agendas by debasing fact and fomenting mistrust of science, as trusted communicators we will raise our collective voice in defense of scientific truth.

Finally, for those of us in the medical community, these changes may usher in an era in which our aptitude as care providers is assessed differently. We will still train to take excellent care of our patients, to be excellent researchers and to be excellent leaders in the medical community. Yet, we believe more will be expected of excellent physicians. To borrow from an influential mentor, the right question may very well be, “did we put on our superhero capes today?”

Well, will we? That may make all the difference. 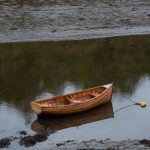 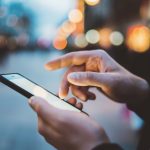 For future physician-activists: This is our lane
7 comments