During my time in practice, I had at least eight patients who came to me sure they had systemic lupus erythematosus, also commonly called SLE or lupus. This is an autoimmune disease, characterized by joint pain, that can affect almost any organ, including skin, kidneys, brain, and heart, and can even be fatal. In every case, they had been given this diagnosis because of a blood test called an ANA, for anti-nuclear antibody. Not one of these women (they were all women) actually had lupus. Why then were they told they did?

All of us, doctors and patients, tend to have too much faith in tests. When something is written on paper with a decimal point, it must be true, right? What is hard to accept is that just as a patient’s story may change with retelling, or a doctor may not hear a murmur they did hear previously, lab tests are far from perfect. If your serum sodium was 137 last time and is 144 this time is that different? Quite possibly not. Plus/minus 3 to 4 percent is normal variation; even if you took a tube of blood and split it in two and sent the samples labeled Smith and Jones, they would be unlikely to have identical results.

Many tests do not have numeric results but are “positive or negative” or “normal or abnormal,” and here is where it gets complicated. Essentially every such test used in medicine, whether it is a strep screen or a cardiac stress test, has false positives and false negatives. That is, you are fine but your test is not (false positive), or you are sick, but your test is fine (false negative). A test for which 90 percent of sick people had an abnormal result and 90 percent of well people had normal results would be considered a very good test. Thus, any test must be interpreted in the context of the person on whom it is done. If you are a middle-aged smoker with high cholesterol and you have been having chest pain when you take out the trash, then a positive stress test helps to confirm that you have coronary disease. If you are a fit 30-year-old woman whose family all lived to 90 and have a stress test as part of an executive physical, a positive test is most likely to be erroneous, a false positive.

So, let’s get back to my patients who were told they had lupus. The most widely used screening test for lupus is the ANA. It is a very useful test, because 99 percent of people with lupus have a positive ANA, so a negative test makes it very unlikely the person has the disease. The problem is that about 30 percent of healthy people also have a positive test. There are ways of making the test better, but these are often not done by non-specialists.

So, indulge me in some simple math. Lupus is not a common disease, but neither is it really rare. About 1 of every 200 people going to a doctor for joint pain have lupus. As noted, about 30 percent of all people, sick or well, have a positive ANA. So, if you do an ANA test on all 200, the one who has lupus will have a positive test, and so will 60 people who do not. This means that 60/61, or 98 percent, of the positive tests will be false positives. If the doctor does not take this into account, it is easy to tell someone that their test says they have lupus as the cause of their joint pain, when they actually have something else and a false positive test.

The bottom line: Do not take medical tests as gospel. If you get a new diagnosis, question it. If you are not entirely satisfied with the explanation, consider a second opinion.

Why it's important to remove the sutures you place 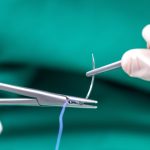 I don't plan to buy a home after medical school. Here are 12 reasons why. 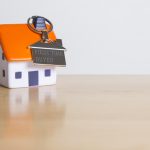