When it comes to communication in the hospital setting, I have seen many iterations. My favorite version was at the VA on the inpatient medicine unit. Every morning, we all met in the medicine team room to discuss patients on the floor. The team’s social worker, nurses, residents, students, and the attending ran down the list to identify individual patient goals, what’s needed for safe and effective discharges home, and if there are any outstanding issues/barriers to discharge that need to be resolved.

I found this “morning team huddle” as effective as drinking a warm cup of Joe before starting morning rounds. Everyone is on the same page and rarely do you encounter disagreements. Even if they do arise, they do not take long to resolve because of how close each member of the team is with one another.

Lately, much has been discussed about how to improve communication in health care. Research has shown that improving communication among the health care team translates to fewer days a patient spends at the hospital. Likewise, improved communication means a declining report rate of medical errors. Here, I’ll share my observations of interactions between physicians, nurses, and PAs, and what should be done.

Physicians and nurses. This is a big one. Depending on where you are, there is either a positive culture between doctors and nurses or one that leans towards the negative.

At all inpatient floors that involved babies/children, I found that more than 90 percent of the time medical teams want nurses to join them during morning and afternoon rounds. Outside the patient’s room, a nurse would brief the team, then either the student or the intern talks, and together everyone agrees on the treatment/management plan before walking into the room. I believe this is the case because, by natural human instinct, we are all extremely cautious with the care of infants and children. Because nurses spend a significant more amount of time with patients than doctors are capable of, they are more in tune with what is going on. I always found that medical teams value this knowledge, and more often than not seek the approval of nurses before starting or changing the management plan.

When it came to adult medicine, the only time you see nurses during rounds is in the ICU setting. Otherwise, rounds only consisted of interns, an upper-level resident, students, and the attending. Although I saw nothing wrong with this model in terms of seeing patients efficiently and effectively, I did notice at an alarming rate more disconnect between the medical team and nurses.

Behind closed team doors, I would hear, when the attending was absent, interns and upper-level residents chime in on their thoughts on the nurses. “She keeps paging me about the patient’s pain!” “Mine keeps calling saying I need to put in orders; I’m busy OK!” “Why doesn’t the nurse just listen?” I’ve heard the entire spectrum of discriminatory comments. But why are these statements made?

As a resident, time is the most precious commodity. If an intern feels that someone, like a nurse, is wasting their time, it is natural to clap back. The worse interaction I ever witnessed was between my upper-level resident and a nurse who argued at length about the nurse turning off an essential medication when the residents gave instructions to continue it. This leaves much to be desired.

Physicians and PAs. At the hospital where I rotated at for general surgery, the PAs ran the entire inpatient floor of 50+ patients. The only time you would see attending physicians would be during early morning rounds before the stroke of daylight and after surgeries are done for the day for post-op checks.

At first, I found this incredibly fascinating because I’ve never seen this model before. But it works, and it works like clockwork. The rapport between PAs and residents/attendings/patients/students was always vibrant. There never was a sense of an existing hierarchy with the surgeon at the top; it was still a full team effort for every patient. There was no such thing as egos when it came to patient’s lives.

The only other instance where I saw PAs is in the ER setting at my community hospital. To me, they were indistinguishable from interns who also worked shifts. A man recently hit from the back by a moving vehicle? A woman coming in for the most classic angioedema case caused by lisinopril? It was either the closest PA or intern that saw the patient first and conducted preliminary measures before reporting to the attending.

In contrast to the surgery inpatient floor, it was evident that the attending was the head honcho. All decisions concerning interventions, medications, and patient disposition (inpatient or discharge) are the attending’s calls. Yet, it was the same level of respect between PAs and attendings because attendings rely on the PAs reporting to the last detail akin to how a physician receives a detailed and fast rundown by paramedics about an unconscious patient. Today, there is a growing demand for PAs, and it is easy to see why.

Overall, there exists in-hospital training for residents and attendings on team-based approach communication. This is not universal practice, however. And even for institutions that do train their physicians on how to communicate effectively with members of the care team, the training is either ineffective and/or not enough of it is being done.

All of this boils down to the quality of care patients are getting when they enter the hospital doors. If there are lapses in communication between care providers, be it doctors, nurses, PAs, social workers, pharmacists, NPs, etc., how can patients expect to receive the best care possible? How can hospitals champion better health outcomes and lower costs if the way health care providers learn how to communicate effectively is by on-the-job? We must find effective ways to implement communication into the culture of health care organizations. 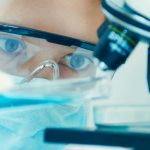 What if EMRs can never capture the clinical experience? 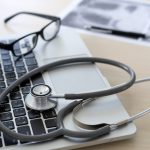