Six months have elapsed since exiting the pageant of my hospital via retirement.  Like many people who devote countless hours to professional activities, some mandated, some by compulsion to detail, this windfall of unstructured time, no matter how well planned, can prove disorienting.  My final destination was a small inner-city hospital, preceded by twenty years affiliation with an enormous comprehensive regional center.  The people there, near where I live, have shown themselves exceedingly gracious in welcoming me back in an informal way, an old friend who reappeared upon the scene.  However, I come as a Taker, a person who attends grand rounds, got invited to the holiday reception, and even park for free.  While one of the Hasidic masters advised his followers that in part “the world was created for me,” being a Taker after decades imprinted as a Giver to patients and institutions leaves me notably incomplete.

It came as a welcome invitation when two old friends informed me of a group of retired physicians in the process of formation.  There are informal social inputs, my expectation, and those with an agenda.  When it originates and is funded by a dominant medical institution, expect formality.  The new group met for dinner along a gargantuan oblong table in the private dining room of a popular brewpub, attended by about two dozen late-career members of the center’s medical staff, two physicians decidedly younger of ER background who have important non-clinical responsibilities, and me, the only person not on active staff and who has already retired.  While I did not retire early or precipitously, the contemporary practice environment, even someplace else, may have made me unique among those present in draining some of my enthusiasm for my last few years of patient care.  My truly burned-out contemporaries dined someplace else that evening.

From a medical center’s perspective, as physicians realign en mass from independent practice with staff privileges, with hospital as workshop, to direct employees, senior physicians in large numbers create new responsibilities for their employers.  Not surprisingly, the first agenda item of this meeting involved nomenclature: late career, senior doctors, or the Yiddish alter-kokers whose American idiom approximates Old Farts, all have merit.  What was eminently clear, while universities bestow honored emeritus status on their professors, the medical community keeps departed physicians inconspicuous at best.  My own specialty society has no category for retired members, not even a discount on membership or meetings.  Nor does my small center or this large center,  though many now retired physicians brought great honor to these institutions.  Some fade away at the top of their game, some give up prematurely burned out, some as they age function at the margins of skill, even less sometimes.  Late career takes a lot of forms, a blend of loss of talent and over-stayed talent.

The attendance of the mid-career physicians present, each of whom sat across from me at the table, became apparent.  One oversees the student and residency programs, all vibrant with hundreds of trainees, the other has the assignment of minimizing burnout or functioning as a resource to those beleaguered colleagues.  Not a day goes by on any physician social media without tales of woe expressed.  Burnout is loss of talent, an impediment to parlaying valuable experience into optimal patient care and optimal reputation of institution.  We think of Suits and White Coats as irreconcilable enemies, yet burnout has an institutional price along with its personal one.  To its credit, the hospital assigned a physician who herself had used their EHR, pleaded with insurers,  and tended to the orneriest  ER patients to aid physicians.  It only took a few moments of chat to appreciate she has acquired real expertise.  Whether she has authority in addition to responsibility was less clear.  The other mid-career physician has a different challenge where senior clinicians could provide an immense resource.

As trainees, many of us found enduring guidance from the experts who already were where we aspired to be.  Unhappy stressed out doctors regretting their time in primary care becomes students who match to something other than primary care.  While they have ample medical students, only a paltry number match at this center for residency.  Creating a cadre of experienced physicians who liked their careers and exposing the trainees to them gives purpose to the older physicians, an attachment to the student or resident, and a benefit to the institution, particularly as weekly grand rounds seems to have mainly seniors and trainees in attendance.

This type of meeting, one that plans for the future of the institution, had to include its dark side,  a presentation from their geriatric psychiatry chief assigned to what could be a very unpopular task of assessing older physicians for declining skills.  Currently, don’t ask don’t tell prevails until somebody complains about a seasoned doc not up to the task or a misadventure requires investigation.  As physicians become increasingly under the scrutiny of others, mandatory age-driven screening for suitability to practice, or even mandatory retirement ages, have their proponents.  This has not yet arrived, other than in the form of recertification, though the current 70-somethings are mostly grandfathered with lifetime irrevocable certificates from another era.  That will change within ten years.  So will the presence of doctors at the top of the salary scale but not at the top of the productivity or skill.  Involuntary identification, as there is ample evidence people fail at self-identification, will determine whether medicine becomes a young person’s sport.  The rigors of practice seem to suggest this direction.

As a real retiree, perhaps escapee, who can still read a journal if not hurdle a proctored board recertification exam, I enjoy certain freedoms based on prior accomplishments that people approaching this stage may have difficulty duplicating.  While there is always justified suspicion of Big Enterprise conducting surreptitious assessments, the processes of assuring that cumulative knowledge remains available seems to be defaulting, like most other things medical, to the large institutions, and not to ourselves.

A patient gives the gift of poop 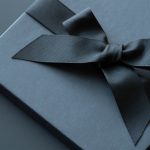 When you identify your Lyft driver as potentially having bipolar disorder 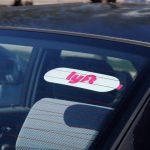