The tale of two physicians

There once was a physician who had no idea what personal finance was. She was living the American dream, but with lots of student loan and credit card debt. During her residency, she paid minimums on all her debts, but had neither a savings account nor a retirement account.

During fellowship, there was a slight jump in her income, and she used that as an opportunity to inflate her lifestyle, making even more purchases on credit in an attempt to keep up with the Joneses.

One day, her American dream came crashing down when she found herself out of a job after fellowship. She felt disappointed, afraid, and nothing short of stressed out. During her sleepless nights, she thought to herself: “I did everything right. Why am I in this position?” On top of that, she was a new mother, which brought on additional financial stress, along with the challenges of being a new mother.

At the last hour, she found a job in another state and relocated. Although her income jumped significantly, her new job was extremely time-consuming, and she found herself burnt out after five years of working. She knew something had to change, but she wasn’t sure how.

One day while she was driving from one hospital to another, she heard a personal finance expert speak on the radio, and she had an “Aha” moment. She realized that getting her financial situation in order is the key to living her life to the fullest. That very day, she began educating herself about finance through podcasts, books, blogs, and consulting a financial coach.

She finally came up with a strategic financial blueprint which helped her pay off her car, get out of credit card debt within a few months, and get out of student loan debt in less than five years. The transition from her income going to banks to going directly in her hands liberated her.

After becoming debt-free, she saved six to nine months worth of monthly expenses as an emergency fund. Along with that, she put money toward her retirement account, invested in real estate, and purchased a rental. She switched from nephrology to a locum hospitalist, working eight days a month and spending the remainder of her time on her non-clinical passions, including life and financial coaching. It has served her well! It is never too late to start, but always too late to start. Get your money affairs in order today.

Now for the second physician.

She also graduated medical school with tons of student loans and credit card debt. She had a desire to get out of debt and intentionally build wealth as soon as she graduated from residency. After residency, she worked for three months before deciding to pay off her student loan debt in less than ten years. She moved in with her parents, maintained a budget-friendly lifestyle, and educated herself on personal finances through blogs, books, podcasts, and Facebook groups. She hired a life and financial coach to come up with a plan to pay off her $300,000 debt in four years.

After become debt-free, all of her paychecks were going to her instead of going toward debt payments. She put away six months of monthly expenses as an emergency fund, and started saving for retirement and her kids’ college education. She started investing in real estate, buying two houses a year.

In another five years, she had enough money to cover her monthly expenses just from the income she was receiving from real estate. She could retire if she wanted, but she cut down her work hours by 75 percent instead. With more time on her hands, she took three major annual vacations and had many weekend getaways with her family. She started a scholarship fund for female medical students, and gave generously to the causes she loved. She could not believe how amazing her life was, and she lived financially happy ever after. The end!

So, what you probably did not know is that physician number one is me, and that was my financial journey (delayed spoiler alert). The second physician is who I wish my younger self would have learned from. It all worked out in the end, but I would have been financially independent by now if I had taken the approach of the second physician.

Now that you’ve read all about my reality versus the path I would have taken in hindsight, which physician would you like to be? Choose wisely, and start getting your personal finances in order today.

Nana Korsah is a nephrologist and can be reached at MD Work & Life Balance.

A physician defends Ayurveda: Is it the original personalized medicine? 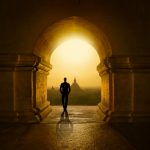 Healers: Peel away the layers 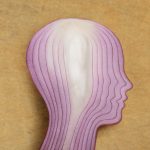