If you are a physician or know a physician or have ever visited one, chances are you have probably heard them complain about technology in health care. More to the point, they are likely to be complaining about the one piece of technology that affects their lives minute-to-minute: the electronic health record (EHR). To get a sense of how central EHRs are to our daily routines, consider that physicians now spend more time in the EHR than they do seeing patients (6 hours of an average 11-hour work day). And while it is easy to write them off as luddites unable to adapt to new technology, an important study by the RAND organization noted that physicians approve of EHRs in principle and see the potential for the technology to improve the delivery of clinical care.

So where is the disconnect between the vision that physicians see for the EHR and its implementation in clinical practice? Instead of being a tool to facilitate communication and coordination, the EHR has become an additional burden. Common critiques include that fact that EHR technology interferes with face-to-face patient-physician communication (this has become the aptly named “screen between”), has significantly increased the amount of time physicians spend performing data entry and clerical duties (and in some cases, has created brand new administrative tasks), and is associated with poor user experience. It all feels as if the physician is working for the EHR rather than the other way around.

The changes physicians have had to make to clinical practice because of the EHR have had profound impacts. For example, EHRs have been identified as the #1 reason for physician burnout. This is particularly problematic given that one study demonstrated over half of all physicians are suffering from professional burnout. What’s more, physicians who were dissatisfied with their EHR and clerical burden were also more likely to have plans of leaving clinical practice. This adds to ongoing concerns of an impending physician workforce shortage.

How have physicians responded? Medical scribes have emerged as one solution. Medical scribes follow the physician into the exam room where they observe the interaction and subsequently draft up the physician’s documentation. While scribes are a great way to alleviate some of the EHR burden, they are not without limitations: scribes can be unaffordable for some providers (approximately $35,000 per year), require initial generalized training, need additional ramp-up time to learn the preferences of a specific physician, and are subject to turnover. Another approach has included retraining existing medical personnel such as clinic nurses or medical assistants to assist the physician with clerical duties. The challenge is both of these approaches involve mobilizing additional human resources to make up for the shortcoming of technology. Instead of creating more efficiencies and reducing human clerical burden, we continue to come up with creative workflow “hacks” for working around the EHR rather than improving it.

Technology is supposed to be an efficiency gainer. It is supposed to increase the productivity of the existing human workforce. Most sectors worry that technology will put humans out of work. With that said, skeptics may rightfully question the notion of improving technology with … more technology. However, the problem is not technology itself but rather the way it is envisioned, designed, and implemented into clinical practice.

Tools such as artificial intelligence (AI) and natural language processing (NLP) offer exciting opportunities to improve upon the existing healthcare IT environment. And If three easy steps are followed in implementing these tools, we can make an important leap from our current status quo to a future where technology integrates seamlessly into the clinical workflow.

First, the creators of technology must take a problem-oriented approach. Notice that above I mention “tools such as artificial intelligence (AI) and natural language processing (NLP).” That is because these should be seen as solutions to a specific problem rather than just another technology we should squeeze into the clinical workflow. Therefore, by viewing AI and NLP as one of perhaps many tools we can mobilize to solve the problem of excessive data entry and clerical duties for physicians, we are more likely to succeed in creating value for physicians and building a product that they actually love (rather than the ones they currently lament).

Second, we must include physicians in the solution creation process. Good entrepreneurs refer to this as customer discovery and would not dream of launching an initial product without getting extensive feedback from the end user. We must see the problem we are solving through the eyes of the physician. How do they understand it? How does it impact their workflow? Where are the greatest opportunities for improvement? By attempting to see the problem through their lens, we are able to build solutions with the right combination of features that physicians will actually want.

Third, we must see the problems as more than just equations to be solved. With AI and NLP, there is the tendency to think that all that is needed is more data and a better performing algorithm. While adequate performance is undoubtedly necessary, it is not sufficient. The challenge with making AI work for clinicians is as much one of packaging it into an intuitive design and an enjoyable user interface (UI)/user experience (UX) as it is about enhancing performance. The best performing model is not much good if the physician hates the way it looks and feels; or worse, if it adds additional time to their workflow.

The EHR we have today does not have to be the one we have tomorrow. Efficient and enjoyable clinical practice is possible. A future where doctors spend more time with their patients than they do with the EHR is achievable. It just requires a problem-oriented approach, end-user engagement, attention to the clinical workflow, and beautiful design.

Brandon McCutcheon is a neurosurgery resident and CEO and co-founder, Phraze. 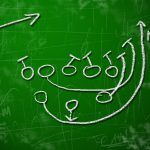 Twitch, Fortnite, and the emergence of eSports medicine 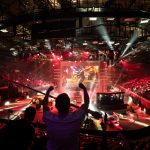 The secret to making AI work for physicians
3 comments