At midnight on February 15th, if Republicans and Democrats don’t come to an agreement about border security funding, the American people will be facing the possibility of a third government shutdown since President Trump took office. The most recent government shutdown — the longest in history at 35 days — left nearly 800,000 Americans furloughed or working without pay. Federal benefits that millions of Americans depend on, such as the SNAP and WIC were also hanging in the balance. With 80 percent of Americans living paycheck to paycheck another government shutdown could be a matter of life or death.

As a primary care doctor working with underserved patients, I know all too well the crippling effects that the lack of a paycheck or access to federal benefits can have on the health of my patients. And these effects are wide-ranging — impacting both their mental and physical health. This plight typically reserved to conversations with doctors, social workers, and family members recently played out on the national stage –with many Americans taking to news outlets and the media to share their stories.

One of the most glaring results of a prolonged government shutdown is the profound effects it can have on an individual’s ability to afford healthcare. During the last shutdown, federal employees missed two paychecks. For many Americans, this meant that they could not afford life-saving medications, necessary surgeries, or general medical services.

Take for example people living with diabetes. A recent study showed that 1 in 4 persons with diabetes reported cost-related underuse of insulin — a life-saving drug for patients with diabetes. During the recent shutdown, some Americans were resorting to rationing insulin or deciding between buying insulin or paying the mortgage. To be clear, Americans are already struggling to afford their medications couple that with a government shutdown in which workers aren’t being paid, and you have a recipe for disaster. For people with certain conditions, such as diabetes this can lead to hospitalization and complications, including seizure, coma, and even death.

While the direct health effects of a prolonged government shutdown are more apparent, long-term health effects are not as clear. However, research suggests that psychosocial stress, including financial stress — is associated with an increased risk of dying from a heart attack or stroke in people with heart disease. With heart disease causing 1 in 4 deaths amongst Americans the added stress of government shutdowns or impending shutdowns may be putting some Americans at risk.

These shutdowns not only affect the physical health of Americans, but also their mental health. During a recent home visit, where I provide medical care to patients in their homes, I met with an elderly woman that depends on government benefits for food, shelter, and medical services. During our conversation, she lamented that the threat of another government shutdown was worsening her depression and anxiety. She feared that she would not be able to afford food without SNAP benefits or pay her rent. In the midst of her despair, she suddenly paused as if to hold back tears. Unable to continue, she quickly changed the subject.

Some might argue that the shutdowns are necessary — that those who suffer as a result of shutdowns are serving the greater good. However, though there have been some gains with shutdowns in the past Linda Bilmes, a policy professor at Harvard, argues in an interview with the Times that “shutdowns create far more problems than they solve for both sides, regardless of who is the short-term winner.” Those problems not only include the furlough of federal employees, but it costs the government billions of dollars.

Furthermore, the current deadlock appears to be more about politics and not the greater good — with President Trump trying to follow through on a campaign promise and the Democrats steadfast in demonstrating their newly regained political power. But this approach is unacceptable because politicians are gambling with the health of Americans.

With the deadline approaching for Democrats and Republicans to come to an agreement about border security funding — I implore politicians to recognize that the health and wellness of living, breathing citizens will be hanging in the balance. Can we really continue to play Russian roulette with the lives of the American people? 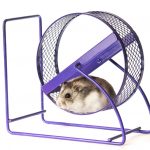 6 easy hacks from a pediatrician to make healthier kids' lunches 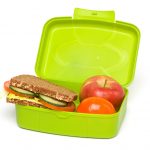 The crippling health effects of another government shutdown
4 comments