Here’s what most medical experts agree on: People 50 and older should be screened for colon cancer.

Here’s what is more controversial: Whether that screening should start, routinely, at age 45.

Recently, the American Cancer Society (ACS) recommended that colon cancer screenings start at age 45. Their recommendation was based in large part on an uptick in the number of people 45 to 50 years old who are being diagnosed with colon cancer in the last couple of decades, a 22% increase.

But the ACS recommendation might be recommending more cancer screening than the American public needs. In an op-ed in the Annals of Internal Medicine, three physicians raise important concerns about this new screening recommendation.

Why in heaven’s name would anyone raise questions about screening 45 year olds, in the face of this steep increase in cancer diagnoses? It boils down to three issues:

1. Exaggerated risk. While the 22% increase in cancer diagnoses is factually correct, it is also a relative risk increase, which makes the risk feel bigger than it really is. In actuality, the rate of cancer diagnoses in 45 to 50 year olds has risen from 5.9 to 7.2 people out of 100,000, an absolute increase of only 1.3%.

2. Unproven benefits. No randomized trials have proven that starting screening at age 45 saves lives. Instead, the ACS bases its recommendation on a computer model that predicts (but doesn’t establish) such benefit.

3. Lead time bias. If more people are being diagnosed with colon cancer at earlier ages, then you’d expect to see more people dying of cancer at those ages, too. But instead, death rates haven’t changed one bit. That stable death rate suggests that the increase in cancer diagnoses simply means we’re finding cancers that we would have found in time at a later point, even if we’d waited until age 50 to start screening. Here is a picture of this potential lead time bias, showing a line on top rising with that 1.3% increase in cancer diagnoses, and a flat line on the bottom showing no such change in cancer deaths: 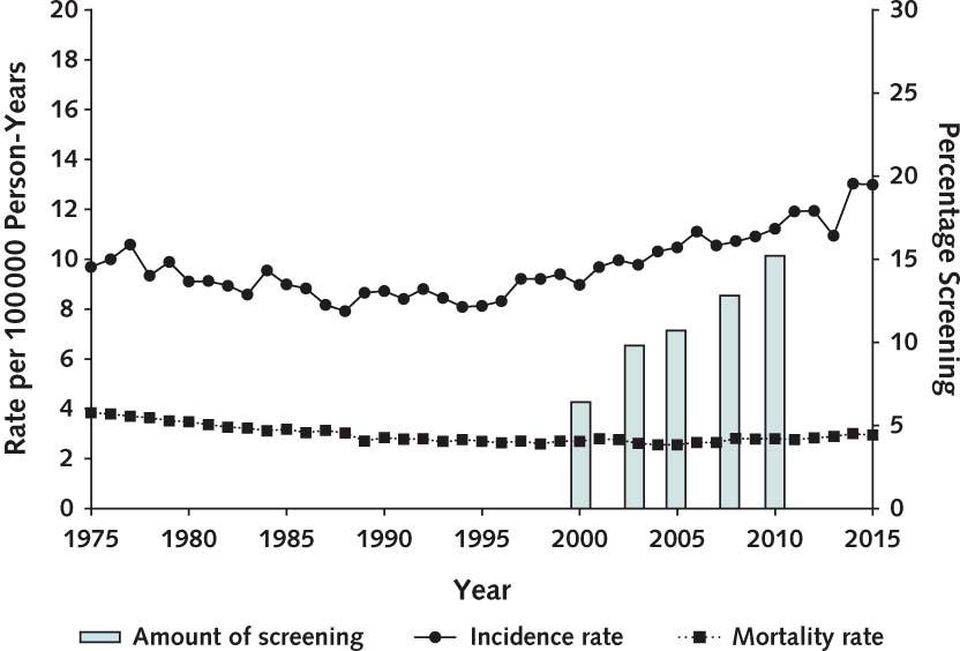 Colorectal cancer incidence and mortality rates per 1,000 person-years and percentage of patients screened,

What’s the bottom line, so to speak?

When depersonalization is necessary in medicine 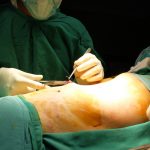 Physicians should stop being afraid of getting audited by the IRS 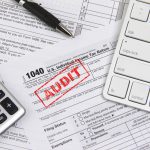 Should we start screening for colon cancer at age 45?
1 comments