Not only is an audit unlikely to happen — if it does, it’s rarely a huge deal.

Few words inspire such fear in the hearts of Americans as “IRS audit.” But one of the biggest mistakes that taxpayers make is letting fear of the IRS stop them from taking advantage of tax savings they deserve. Especially for locums tenens docs and other 1099 income earners since the 67,000-page tax code favors this type of income heavily.

A tax audit might be a nuisance, but it’s usually not more than that — and chances are extremely high that it will never happen at all. That doesn’t mean it’s open season to cheat on your taxes; you should always be methodically honest — and tax compliant. Since audit rates are historically low, many experts agree that it pays to be aggressive because most legitimate deductions are unlikely to raise red flags.

In other words, while it’s wise for physicians to respect the IRS, there is less reason to fear it.

Fear of IRS audits are fueled by the IRS by being evasive about its audit process. Read on for a few facts about tax audits that may help ease your fears.

Tax returns flagged by the DIF system are manually screened to determine if there is a cause for audit. Items that might increase a physician’s score include:

The new 2018 tax code made significant changes to the deductibility of business meals and entertainment. Entertainment expenses are no longer deductible, and most meals are now only 50 percent deductible.

But here’s the thing: it’s always OK to claim legitimate expenses, no matter how long your list gets. It’s true that the IRS has established ranges for amounts of itemized deductions based on your income. The scanning system may flag deductions that exceed the statistical norm for your region and state — or just seem unlikely. But that doesn’t mean you shouldn’t take all the deductions you deserve. If you have valid documentation that you’re telling the truth, you have nothing to fear from the IRS — even in the unlikely event that you get the dreaded audit letter.

The IRS can impose an accuracy-related penalty equal to 20 percent of any underpayment of federal tax that results from many types of misconduct, including disregard of rules and negligence. But even then, you may be able to avoid the penalty if you can show a “reasonable basis” for the position you took on your return.

It’s a crime to cheat on your taxes — it’s impossible to overstate the difference between legal tax avoidance and illegal tax evasion. But honest mistakes or even negligence aren’t likely to trigger a criminal investigation — meaning the average American shouldn’t worry about being charged with criminal tax fraud or evasion.

Of the 150 million returns the IRS processed in 2017, it launched 1,188 investigations into legal source tax crimes. Less than 600 people were sentenced to jail for tax fraud.

At the end of the day, the average physician has little to fear from the IRS. Refusing to claim money that’s rightfully yours is the same as simply gifting your hard-earned cash to the government.

An experienced certified public accountant/tax coach/tax attorney team will work diligently to help you uncover all the different tax savings you deserve. While you can never guarantee that the IRS won’t audit your return, in today’s tax climate, the odds are ever in your favor.

Should we start screening for colon cancer at age 45? 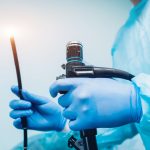 Would you want to become a doctor again? 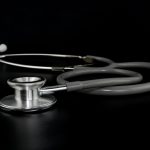