Nearly five years into practice, I have negotiated my first contract, multiple pay increases, call compensation and independent contractor status. I prepared by researching my market value and reading about negotiation strategy. The following are some points I have learned along the way.

If you negotiate in medicine, you may feel like the only one.

Over the years, my mid-career colleagues confided that they have not received a single pay increase, only the occasional pay cut, or extra call duty without additional pay. Since I started at a lower salary than they did, right out of training, I knew negotiation would be critical to getting my salary where I wanted over time. Not negotiating was not an option for me.

In 2014, the market in my specialty was depressed, and my co-fellows and I worried. After sweating the job search for several months, we each received job offers with the same starting salary. We were each able to increase on the starting offer by asking for more. It is intimidating to ask for a pay increase, especially when making a first impression on a new employer. But the practice managers on the other side of the table see medicine as a business, and if you want to be properly compensated, you should too.

Consider your options to counter an initial starting salary offer:

a) Counter offer = (initial offer) * 1.05
b) A number just below the one that will get you laughed out of the room.
c) Something in between

During residency and fellowship, salary is based on one’s “PGY,” or postgraduate year level, with some geographic variation. In this model, trainees become accustomed to not negotiating their salaries for three to six years! We don’t negotiate our benefits or meal card; we just accept what is given. When training is over, salary increases to a junior attending level and multiple variables are added to the equation.

Given this new rulebook, the inexperienced attending must quickly learn to advocate for herself.

Knowing these figures is key to avoiding a negotiation hangover.

Renegotiating: It’s not a one time deal

After a year at my attending job, I prepared to renegotiate. I was working for a flat salary and was often asked to work extra weekends for no additional pay. At the time, I figured I was paying my dues. But after that year, there was no question that I had to negotiate for better terms.

Quantify the gap between average attending pay in your field and where you started, for example. I figured my salary should level off at the higher figure in the first five years of practice, if not sooner. Divide the difference between the median and starting salary by five to calculate the yearly raises to aim for. Since these are not familiar numbers to a new attending, it is important to calculate them ahead of time. Being familiar with these figures minimizes the risk of settling for too little in the moment.

Break the taboo of discussing compensation

Talk about pay: with those around you, those you trained with, and colleagues at meetings. This behavior fosters transparency and can help even the playing field.

Women and minorities are vulnerable to lack of transparency regarding pay. An analysis by Glassdoor in 2016 quantified the gender pay gaps in the U.S., Great Britain, and Australia, based on their crowdsourced data. Controlling for various factors, the authors reveal an “adjusted,” or unexplained, gender pay gap across various industries, including medicine. Increased transparency helps women, minorities and those early in their careers to bargain for optimal compensation.

The following are some online resources to help figure out your market value.

Are you negotiating with a peer or someone of a different generation? Are there cultural factors at play? I was negotiating with three men. I was the youngest physician in the practice and the only female interventional radiologist in the group.

These factors can contribute to how one is perceived in a negotiation. Consider Sheryl Sandberg’s analysis of the “tightrope” women must walk in her best-selling book Lean In.

Put on your thick skin, just in case. I was called “money hungry” for negotiating early in my career. Going into the discussion, this was my worst fear: being criticized for advocating for myself and my family. At the moment, I was non-reactive and business-like. Later, I received an apology for the inappropriate remark. It’s not greedy to negotiate for maximal compensation. It’s just smart.

After my first year as an attending, my contract negotiation was postponed for months during the group’s negotiation with the hospital system we serve. It was a period of uncertainty. My chief operating officer seemed to prepare me for a pay cut. Finally, my contract was reviewed. I was given an increase in call load and a significant increase in compensation. At that time, waiting for the group to secure its footing with the hospital was a key prerequisite to negotiating my first contract amendment.

Nurture the relationship with your decision makers.

Demonstrate how you are an asset to your group or institution. “Toot your own horn,” as Debra Condren describes in her book amBITCHous: (def.) A Woman Who: 1. Makes more money 2. has more power 3. gets the recognition she deserves 4. has the determination to go after her dreams. Share any accolades you receive with your boss. When a patient of mine sent a complimentary letter to our hospital CEO lauding my team and me for providing excellent care, I received a thank you letter from hospital administration. I immediately forwarded the letter to my group’s CEO. His reaction was to praise me as a “star.”

Highlight any flexibility you offer: can you perform high-end interventional services one week and diagnostic services the next? This allows for tremendous flexibility in physician scheduling. Are you the most up to date in a certain area, for example, just out of fellowship at a transplant center? Have you improved the practice through your leadership?

Show your decision-makers evidence of increased referrals, improved departmental efficiency, excellent patient outcomes or rave reviews from your referring physicians. Displaying yourself as a consistent asset to the group raises personal capital and increases leverage at the time of negotiation.

Some institutions pay based on academic rank or other hierarchical factors. If a higher salary is not possible, or even if it is, consider negotiating something else.

At the end of maternity leave, I negotiated an independent contractor agreement. I now have greater control over my schedule and aim for at least 10 weeks off per year.

The contract serves as a framework for the working relationship. It’s important to review it with an attorney, particularly one with experience negotiating physician contracts. This is especially important if you are new to concepts like non-compete clauses, partnerships, buy-ins, or malpractice coverage.

I was initially offered a standard contract used for diagnostic and interventional radiologists. My attorney was able to help shape my agreement to reflect the combination of work I’d be doing as a hospital-based interventional radiologist, in-house diagnostic radiologist, and occasional remote reader. For example, I initially received no call compensation but negotiated a cap on the number of call weeks I would take that year.

Tail coverage would not be covered by the practice and was non-negotiable. My attorney helped me to understand the implications of this future cost should I change jobs. The contract indicated a minimum number of studies to be read in an imaging shift. We added language to protect me from docked pay in the case of factors beyond my control, like low hospital volume.

I found my attorney using an online marketplace called UpCounsel. The contract review included a phone consultation, follow-up emails and a review of contract revisions. A personal referral to an attorney, particularly in the geographic area you will be working in is ideal if that is an option for you.

As the job market has improved, there is a renewed opportunity to negotiate.

These strategies are not just for genuinely exceptional candidates or those with multiple job offers. To optimize compensation for the work you do, hone and harness your negotiation skills. Variations of the negotiation game can be played in different settings, whether academic or private, diagnostic or interventional, city or countryside.

Go get what you’re worth.

Barbara Hamilton is an interventional radiologist and blogs at Tired Superheroine. She can be reached on Twitter @TSuperheroine. 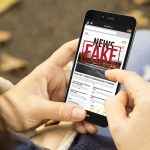 A path to universal health coverage in America 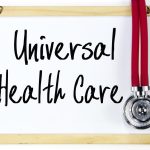 Physician negotiating: Go get what you’re worth
2 comments