A 75-year-old man is evaluated for progressive dysphagia of 8 months’ duration for both solid food and water, and the necessity to induce vomiting several times each month to relieve his symptoms. He also has experienced chest pain and heartburn symptoms. He has lost approximately 6 kg (13 lb) of weight over the preceding 3 months and a total of 9 kg (20 lb) since his symptoms began. He has a long history of cigarette and alcohol use. His medical history and review of systems is otherwise negative. He has no travel history outside the northeastern United States. He takes no medication.

The correct answer is D. Pseudoachalasia.

This patient likely has pseudoachalasia, and endoscopic ultrasound should be used to diagnose a possible tumor of the distal esophagus or gastric cardia. The other causes of pseudoachalasia are benign disease, such as amyloidosis and sarcoidosis, and postsurgical status (for example, after Nissen fundoplication or bariatric surgery). The clinical presentation of achalasia consists of dysphagia to both solids and liquids along with regurgitation of undigested food and saliva.

Other conditions can mimic achalasia and can have identical clinical, barium-imaging, and manometric findings, as well as identical endoscopic appearance. These include pseudoachalasia, secondary achalasia, and Chagas disease. Pseudoachalasia is caused by a tumor at the gastroesophageal junction infiltrating the myenteric plexus causing esophageal motor abnormalities. Tumors capable of infiltrating the myenteric plexus include those of the distal esophageus, gastric cardia, pancreatic, breast, lung, and hepatocellular. Patients with pseudoachalasia are often in their sixth decade of life or older, have a short duration of symptoms, and experience sudden and profound weight loss. Endoscopic ultrasonography can exclude an infiltrating tumor, and guidelines recommend its use in patients with a strong suspicion for malignancy.

Achalasia affects men and women equally, with an annual incidence of 1 in 100,000 individuals. It tends to occur between the ages of 30 and 60 years. Typical achalasia has an insidious onset and long duration of symptoms, often measured in years, before patients seek medical attention. This patient’s age, short duration of symptoms, and rapid weight loss argue against the diagnosis of achalasia.

A disturbing study about children and guns 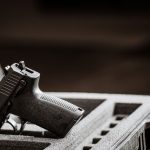 How a medical student can help the team during clinical rotations 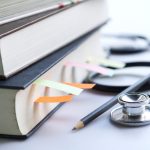