In 1741, a French physician named Nicolas Andre coined a new word, Orthopédie, and published a book on the topic.

Andry described how physicians and families could correct or prevent skeletal abnormalities in children. At that time, the treatment methods were entirely non-operative because the development of general anesthesia and the concept of non-emergency surgery were still a century away. So Andry stressed the importance of his message in two ways. First, he coined the word Orthopédie. In Greek, ortho means correct or straight, as in orthodontics (straight teeth) or orthodoxy (correct belief). In Greek pédie means child. Then for the fronts piece of his book, Andry chose a crooked tree tied along the length of its trunk to a straight, vertical post, implying that over time bone alignment could be similarly corrected by bracing.

Nearly 100 years later and across the ocean, Noah Webster published his labor of love, An American Dictionary of the English Language. In it, he simplified the traditional British spellings of such words as cheque, colour, and encyclopaedia.

He tried doing the same with Andry’s new word but was not entirely successful, so today bone surgery in the United States is either orthopaedic or orthopedic. Some traditionalists do not want to give up that “a” because, as they point out, pedo also translates as foot. They note that orthopaedic unequivocally means straight children, which was Andry’s intent. Conversely, orthopedic might mean straight children or straight feet.

But have the purists failed to remove their powdered wigs? For instance, the specialty of paediatrics in America long ago changed its spelling to pediatrics without apparent loss of medical dignity or clarity. For me, Wikipedia puts this “a” thing into perspective. There it indicates pedo- can mean 1) children, 2) feet, 3) soil, and 4) flatulence. Or should it be flaetulence?

How to write a physician CV 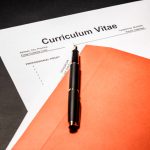 How physicians can use Marie Kondo's KonMari Method 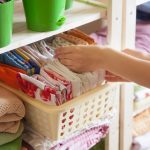