It’s interesting, but not surprising, to hear that numerous government employees are crippled by the delay of a single paycheck. This is precisely the reason everyone needs an emergency fund. When an unexpected financial catastrophe pops up, we need to be able to weather the financial storm.

According to a recent Dave Ramsey post, 44% of adults cannot come up with the money to pay a $400 unexpected expense, let alone the amount of a missed paycheck. Most American’s have a severe paycheck to paycheck problem.

This week I read a story in a local newspaper that followed a family who was making $100,000 a year that encountered a $12,000 medical expense. This is 12% of their annual income or about two month’s living expenses. They were unable to pay the medical bill and were considering declaring bankruptcy. It seems unfortunate that a 12% financial hit on one’s annual income would be catastrophic. It would have just been a bump in the road if they had an emergency fund.

I have read many articles that can be paraphrased: “Why I don’t need an emergency fund.” This is a misguided thought. It’s unfortunate that anyone is writing articles teaching that an emergency fund in unnecessary. Everybody needs to have an emergency fund, the government shut down and the recent fire that destroyed most of Paradise, California, are good examples of why an emergency fund is essential. No one could have foreseen these terrible events.

Many give the excuse that they don’t need an emergency fund because they have a secure job. What can be more secure than working for the U.S. government? The government is not going away, and once you are hired, it’s very difficult to get fired. Well, that thinking is not working out so well for all the workers that the government just decided not to pay. Even the most secure job is not guaranteed a timely paycheck. My wife once had a payroll check from her employer bounce. I have seen “secure” doctors who have worked for years at the same hospital, suddenly get fired.

Others have stated they have passive income to take care of emergencies. Well, if they lived in Paradise and had a great rental income from the Paradise apartments they owned, it all just went up in smoke. Some emergencies can affect all passive income sources.

Acquiring a home equity line of credit (HELOC) is another way some people feel they will handle an emergency. Those folks in Paradise will not be able to access a HELOC for a home that just burned to the ground. I’m writing this in my motorhome from an RV park near Paradise. The park contains numerous FEMA trailers full of people who lost their homes in the fire.

Some people think that their home owner’s insurance will take care of them if their house burns down. Insurance is not enough. Since there is a significant time delay between the time of the fire, and when the insurance company makes payment on the claim. Homeowners need to have liquid cash available for their immediate needs. During the immediate aftermath of an emergency, a place to stay, clothes, and food are among the financial necessities.  Insurance rarely covers all the costs to rebuild, so additional money will be needed to rebuild your home.

Others think they will use a credit card if they ever need to purchase something unexpected. In the case of the government shutdown, using the credit card will come with some stiff interest penalties. It’s also likely that when the back pay is received, the credit card will not get paid off immediately, leading to increased debt. If they had an emergency fund with six months’ expenses, they would live on the emergency account until the paycheck arrives and then use their delayed paycheck to replenish the emergency fund. That is pretty simple and easy. After all, they did not even lose their job; they only had their paycheck delayed.

Some people are hung up on the fact that the emergency fund is not producing income. It’s just sitting in a liquid account gaining a small amount of interest when it could be invested in the stock market and in the long run bring in the “big bucks.” This is not appropriate thinking. Consider the emergency fund as an “insurance” account, think about it like you would your disability insurance. You are hoping never to need it, but if you do, it will be there to help you through your trying time. The lost premiums are not lost; they were spent to provide protection against the unexpected. The loss of investment return of an emergency fund is the premium you pay for the peace of mind this “insurance” provides. Investing emergency fund money in the stock market may cause you to sell the stock in a down market. You might not only lose money on the sale, but you may also have less money in your time of need.

Still, others think that if they are a two income family, they do not need an emergency fund. If both spouses work for the government right now, they may both be without income at the same time. If they both worked in Paradise, they are now both out of work. No one can predict the future, so be prepared for the worst. Having two breadwinners is not a reason to skip out on an emergency fund.

Don’t kid yourself by trying to justify why your situation is somehow different, and you won’t need to keep an emergency fund. Everyone needs to have an emergency fund. The only issue to discuss is how much money needs to be ready if an emergency occurs. There are recommendations out there spanning from three to twelve months’ of expenses. My opinion is to have a minimum of six months of living expenses available in a money market account.

When I was a resident, I was discussing money and saving for the future with one of my attendings when he asked me how long I could last if I lost my job. After a little thought, I told him about two years. He looked surprised and then said there was no way I could last two years.

I couldn’t believe he would say that, since he had no idea how much I had in savings. Since my wife and I were living on half of our income and saving half for the last two years, we had two years’ worth of living expenses in the bank. I based my answer on both of us losing our jobs. The real answer to only me losing a job was, we could go on indefinitely. We would have two years’ worth of money in savings, and my wife could continue to support us at our current lifestyle. I didn’t think he would believe my answer if I said forever, so I used the two years answer. It turned out he didn’t believe that answer either.

He was recently divorced, and he had little in savings so he just translated his situation onto me and felt there was no way I could have two years’ worth of living expenses in savings, as a resident, if he didn’t with his higher attending income.

Figure out what your monthly expenses are and come up with a reasonably safe amount for your emergency fund. It should be somewhere in that three to twelve-month range. In my case, I have chosen six months. I put six months’ worth of living expenses into an account, and it never gets touched. I do have other cash savings over and above that, but that additional money can be spent on stuff. The emergency fund is not to be spent on anything but a real emergency. To be clear, the down payment on a house is not a reason to tap an emergency fund.

How about you? What’s your number? Are you ready for the unexpected? You never know what might come up. A fire, flood, hurricane, tornado, earthquake, volcano, storm, mudslide, car accident, medical emergency, job loss or even a government shutdown could be in your future. Will you be ready?

Political correctness and the taboo topics in medicine 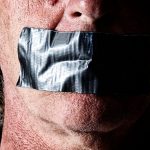 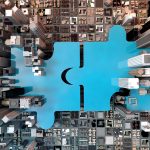