During my third year of medical school, I completed a clinical rotation in surgery. I was certain that it would be horrible. I envisioned myself in the OR, getting lightheaded, passing out onto the sterile field and being yelled at by my attending physician. I worried that the medical knowledge I’d worked so hard to learn would be neglected in favor of memorizing the steps of surgical procedures. My parents, who are both physicians, warned that I’d just be holding retractors for hours.

I want to interact with my patients, I fretted, not just hover over them while they’re anesthetized.

Although I tried to keep an open mind, I knew that I was destined for a miserable time.

During the first week, this opinion changed only slightly. Nervously, I trailed my attending around the hospital, nearly following him into the bathroom several times when I thought he was going to see another patient. When an actual surgical procedure was about to take place, I would awkwardly scrub in, relying heavily on the nursing staff to help me put on the gown the right way. I wasn’t passing out in the OR, but I certainly wasn’t in love with surgery.

Then, on preoperative rounds, I met Mrs. Smith.

A frail 82-year-old, she suffered from diverticulosis and recurrent urinary tract infections. Her CT scan had revealed a colovesical fistula–an abnormal passage between the colon and the bladder. It was slated for surgical repair later that day.

She lay quietly in her hospital bed as I examined her and collected her history. Her husband sat nearby.

“Do you have any questions?” I asked her.

“I guess not,” she said. Then tears welled up in her eyes.

This startled me. Surgery is scary for any patient, but I hadn’t seen anyone else get this tearful.

“How are you feeling about the surgery?” I asked.

“I’m ready to get this done with, so I can begin chemotherapy,” she replied.

“You have cancer?” I asked, confused.

Her tiny, frail hands reached into the bedside dresser and pulled out a large yellow envelope containing a stapled four-page document: her CT report. As she handed it to me, I gave her a box of tissues, and she dabbed at her tears while I examined the report carefully. I saw no mention of cancer.

“It’s spread to my kidney!” she exclaimed with a sob. Mr. Smith began to cry, too.

“No one told me; it says it there on the paper,” she replied, a bit impatiently.

My eyes darted to the section about her kidneys. It described normal renal anatomy, except for a simple cyst — just like one that I’d been incidentally diagnosed with, years earlier.

A mental lightbulb went off.

“Mrs. Smith, do you know why you’re having surgery today?” I asked.

“To take the cancer out,” she said, now clearly annoyed.

“Would you mind if I sit by you on the bed?” I asked. She nodded, and I sat down beside her.

“There’s no indication here of a cancer diagnosis,” I told her gently.

I explained how the small intestinal pouches characteristic of diverticulosis can form fistulas, and I drew a picture to illustrate. Then I went through each section of her CT report with her, emphasizing that the findings were normal and that her renal cyst was most likely a normal variant.

I finished, “You know, years ago I had an ultrasound that showed a cyst just like yours, and I don’t have cancer.”

“Oh, that’s wonderful!” Mrs. Smith said excitedly. “So I won’t need chemotherapy after all! You know, my life has been terrible lately with worrying about this, and with these constant UTIs and kidney infections, too. I thought that I’d have to deal with those infections for the rest of my life.”

She was even more elated to hear that the surgery would resolve her symptoms and get her back to living the life she’d once enjoyed.

Through tears of joy, Mr. Smith embraced her.

“I thought I was going to lose you too soon,” he whispered.

I felt thrilled to have helped to change Mrs. Smith’s life so much for the better — but I also felt upset to think that, at some point, a member of her care team might have simply handed her the CT report and told her that she needed surgery, without offering any further explanation.

The surgery went perfectly, and even though I only held the laparoscopic camera, I felt proud to be a part of it.

At Mrs. Smith’s two-week follow-up visit, she reported that she was doing well. When she thanked me profusely for helping her, I once more felt humbled and fortunate to be part of a profession that touches lives in such an important way.

From then on, I began including: “Do you know why you’re having surgery today?” in my preoperative questions. Often, as with Mrs. Smith, the patients’ answers led me to offer more explanations and illustrations.

I found myself enjoying getting to know each patient before the surgery, assisting in the OR and seeing many patients’ transition from suffering to health. In cases with less-than-ideal outcomes, I sensed that the patients found comfort in the relationship we’d formed, as well as in the reassurance that we were doing everything possible to help them.

As horrified as I’d once felt about surgery, I fell in love with its ability to so dramatically improve someone’s life within a matter of hours. Although I lacked the surgical skills needed to contribute substantially during the actual procedures, I found that I did have the skill to communicate with patients.

Above all, I learned that what takes place in the OR is critical to a patient’s recovery — but so are the words that help patients to understand what’s happening to them, and what they might hope for.

Alexandra Lackey is a medical student. This piece was originally published in Pulse — voices from the heart of medicine. 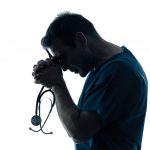 Why would any woman discourage a man's advocacy or support? 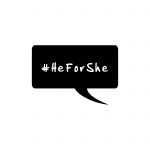 Do you know why you’re having surgery?
3 comments