As more patients and clinicians are searching for holistic approaches to health care, Ayurveda, or the traditional medical system of India, has been gaining popularity in the Western world.  Unfortunately, many allopathic physicians still view this system as “quackery” because of its focus on the “intangibles” of health.  However, Ayurveda has contributed immensely to the foundations of modern medicine, which many may not know.  Sushruta was an Indian scholar and surgeon who lived ~600 B.C. and is regarded as the father of plastic surgery.  His compendium, known as the Sushruta Samhita, described many complex surgical procedures and is one of the fundamental texts of Ayurveda.  This text, originally written in Sanskrit, was translated into many different languages and ultimately became a foundation for modern plastic surgery.  In addition, the development of many modern medications has been derived from plants which are commonly used in Ayurveda.  Plants and what one consumes is thought to literally fuel the body by stoking or diminishing the digestive fire (Agni), according to Ayurveda.  This principle is gaining validation in Western medicine as we are realizing the immense impact of the gut on bodily function.

In addition to understanding treatment of disease, I can think of no other medical system that better provides a systematic, comprehensive, and individualized plan for prevention of disease than Ayurveda.  Ayurvedic principles emphasize that body, mind, and spirit all contribute to health and that each individual is just that: individual.  It is the original personalized medicine. Each person has an innate constitution, or “prakriti” that is formed at conception, and considered the optimal state of one’s being.  Prakriti is a ratio of three doshas- vata, pitta, and kapha, which can be considered metabolic patterns in the body.  These doshas, or bodily patterns, are reacting to the external environment and lifestyle. These reactions will change the ratio of the doshas from optimal to imabalanced, and this is called vikriti, which is the current state of one’s body.  If the balance becomes severe, the body will show outward manifestation of disease. The Ayurvedic approach teaches that with correct lifestyle changes for your individual constitution, such as diet, you can attempt to rebalance your doshas, and effectively prevent disease.  In Western medicine, we are now finding data that confirms what has been known for thousands of years – both food and lifestyle have an enormous impact on health.

Rooted beliefs in the Ayurvedic system are just now becoming “trendy” in modern medicine.  This trend is further turned into an “a la carte” treatment when promoted by Hollywood celebrities showcasing their “golden lattes” and turmeric teas on social media.  However, we cannot pick and choose individual ideas from a medical system, then say that the whole system is “quackery” despite its proven effectiveness over thousands of years.  Ideas such as the gut-mind connection, benefits of intermittent fasting, importance of living by the circadian rhythm, benefits of meditation, importance of spirituality, and use of supplements such as turmeric and ashwagandha (to name a few) have become hot topics in Western medicine over the past few years, but have been known for thousands of years in India.  None of these are new ideas.  Simply taking an ancient practice and putting an English name to it does not make it novel, and less “alternative”.

Western medicine is rooted in a peer-reviewed system.  New findings must be presented to and replicated by others before being accepted as standard of practice.  This promotes a transparent and accountable culture, while protecting the public from bogus treatments and false claims.  However, we need to think a bit wider when considering practices from other medical systems – just because those trials weren’t done in a laboratory, or recorded in English, does not necessarily make them less valuable.  The sages who fine-tuned the craft of Ayurveda observed people and nature for thousands of years.  They understood that all of life is connected, and what we do to nature will cycle back to affect our health.  Modern research is validating many of these Ayurvedic beliefs, and is demonstrating the interconnectedness of our cells and organs to our environment.

I am an allopathic physician who both practices and benefits from Western medicine daily.  Modern Western medicine saved the life of my children who were born prematurely, and I have deep gratitude for this medical system.  However, I also see in my patients a yearning for patient-focused, and not disease-focused, health care.  They want to be seen as individuals, not diseases. And I see in my colleagues a desire to provide personalized care, not simply a prescription for another medication to meet a quality metric.  In my opinion, there is truly no match for Western medicine once the body’s defenses have been breached and disease has emerged.  But to prevent these breaches and fortify defenses, we should look at systems such as Ayurveda which have proven the test of time.

Madhuri Sharma is a family physician. 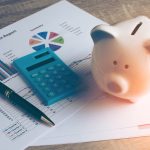 A physician defends Ayurveda: Is it the original personalized medicine?
2 comments