Whether you recently completed your residency as an emergency medicine (EM) physician or are ready to move on from your current position, potential locations for work are undoubtedly a big factor in determining which emergency physician jobs you’re willing to consider.

If you have children, location is especially important, because you want to be confident they can get the education you want them to have once you relocate. Don’t just look at locations based on popular culture and what you’ve heard about them. Dig in and do your research about the location of any EM physician jobs you consider. You might be surprised at which locations you end up preferring — and which ones you’re willing to pass up.

Here are five factors that emergency physicians should consider regarding location:

1. Salary and cost of living

Try not to get starry-eyed over what looks like a fabulously generous salary until you determine how far it will go in that location. What might be a fortune in Small Town, USA won’t go nearly so far in expensive locations like San Francisco, Manhattan, and Seattle. Likewise, don’t write off a salary that looks low until you learn about the cost of living where the job is located. A salary that wouldn’t get you a nice apartment in a prime real estate city could get you a comfortable new house in other locations. Always consider salary in relation to cost of living, so you’re comparing apples to apples.

EM physicians are in demand, but the competition is fiercer in some geographic locations than others. Every emergency physician should understand the competitive environment in the job market they’re considering. This, of course, can vary within a city as well as from one city to another, and it’s another great reason to do as much research as you can.

Job satisfaction is often in the eye of the beholder. A grueling, fast-paced EM job in an urban hospital with a Level I Trauma Center may be ideal for one physician and all wrong for another. With emergency medicine jobs, of course, there is a level of unpredictability that your dermatologist friends probably won’t have. However, knowing what other EM physicians report about their work environment can help you focus on locations where you have the best chances of excellent job satisfaction.

Malpractice insurance rates vary considerably by location, as do their premiums. In general, emergency medicine physicians pay more than their ophthalmologist colleagues, but not as much as obstetricians. Who is responsible for malpractice premiums often depends on the nature of the job itself. Doctors who are employed by hospitals often have their malpractice insurance premiums paid by the hospital, but it is considered part of the total compensation package. Doctors who have hospital privileges, but who are not hospital employees, may have to provide proof that they have adequate malpractice insurance before obtaining hospital certification. Always ask how much premiums run and who pays them.

5. What you’re likely to encounter as an EM physician

Again, there isn’t as much predictability with EM physician jobs as with some other specialties, but location will have some influence on what you are likely to encounter working in an emergency department. You’re less likely to deal with agricultural equipment accidents in an urban hospital, for example, and, unfortunately, there are locations in the U.S. that have higher rates of violent crime, so you would be likelier to encounter things like gunshot wounds in certain locations. You can’t know exactly what you’re getting yourself into with EM physician jobs, but location can offer you clues.

Location should never be an afterthought with EM physician jobs, however anxious you are to land a permanent position. Always remember to factor in the cost of living with salary, and to learn the critical details, like who is responsible for malpractice insurance premiums.

Why bioethicists fall short of connecting with clinicians 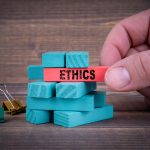