It’s no secret that some businesses are family businesses and medicine is no exception. The anonymous Northern California cardiologist known as “Dads Dollars Debts” confesses in a blog that, yes, some days he feels like he’s made a difference, and other days, “I just feel like a customer service rep at your local chain store.”

He says he’s in medicine because Dad and Grandpa are. He says when he polls his colleagues, they say they don’t want their kids to be in medicine. He can be funny, noting that maybe his kid “will find what he is interested in and devote a lot of time to it (10,000 hours, anyone?).”

This doctor dad says reasons why he doesn’t want his kid to be a doctor include emotional fatigue, sacrifice, bureaucracy, physical fatigue, and sunk cost fallacy—continuing to do something because of all you’ve invested in it. And why should the kid be a doctor? How about freedom to choose, enjoying being service-oriented, making a nice living, and having great relationships and job mobility?

The comments on his post are equally entertaining: “So far none of my kids are nagging me for the secrets to become a doctor.” “Please, please encourage him to be a YouTuber. Success is low but if he does he will be financially independent overnight!”

Although conducted in the United Kingdom, a 2014 study in the BMJ says that obituaries in the publication confirm how many doctors have siblings and children in the same business. It also cites another study indicating that, in the U.K., approximately one-fifth of doctors have parents who were both doctors.

So what does this all mean, whether across the pond or here in the United States? “Debate continues about whether having doctors in the family influences career decisions and makes life easier for those who follow relatives into the profession,” the author concludes.

The BMJ also started a related Twitter conversation. Asked whether doctors would recommend medicine as a career to younger family members, answers were mostly “yes.” Other responses: “Definitely been a privilege.” “Absolutely!” “Yes, I would.” “Only if it’s a calling. It takes over your life.”‘

Coincidentally perhaps, the families we’re profiling here are immigrants. First, meet three determined healthcare professionals who are all doctors and proud of it: siblings Gloria, Blessing and Victor Oyeniyi.

Victor Oyeniyi, Pharm.D., works at a CVS in Brownsville, Texas, and at Baptist Hospital in Beaumont, Texas. Blessing Oyeniyi, MD, is a psychiatry resident at Dell Medical School at The University of Texas at Austin. Gloria Oyeniyi, MD, is an assistant professor of psychiatry at Baylor College of Medicine and is also affiliated with The Menninger Clinic, both in Houston.

“I love them both to pieces,” says Dr. Gloria Oyeniyi.

Her parents, neither of whom are in medicine, and their three children emigrated from Nigeria in 1995 with two bags and $200, all seeking a better life and more opportunities. Without question, conditions were challenging at first, but parents William and Elizabeth only wanted the best for their children, and worked tirelessly toward that goal.

“They wanted us to be successful, and they encouraged and groomed us,” says Dr. Oyeniyi. “And when things went wrong, we all pulled ourselves up by the bootstraps.”

The siblings knew education was their tool for achieving success, and they applauded each other’s achievements and encouraged each other to get the best grades along the way, she says. They helped each other deal with just being younger immigrants, acclimating to the culture here and endeavoring to make friends.

“You can feel like you’re at the bottom of the totem pole sometimes,” she says.

Dr. Oyeniyi doesn’t waver from wanting to “heal and help people.” And she’s forever thankful for her mentors. She and her siblings talk about how medicine can be very lucrative, but also about how reimbursement has changed so much. She also thinks more emphasis could be put on prevention and mental health in the American healthcare system.

Still, “we were blessed with the opportunity to come here,” she says.

The neighborhood doctor grows up

Her father was a professor of immunology in Nigeria and Nwando Okafo, MD was fascinated by the people in white coats. When she was six years old, Dr. Okafo was the “neighborhood doctor,” dispensing “plasters,” the equivalent of Band-Aids, when friends needed them.

“Growing up, we never fought,” says Dr. Okafo. “We never had an argument until we were much older. She went to Rush University, and I went to UCLA, and we both had the same goals.”

Now, even though they’re in business together, they don’t see each other nearly enough. “We had lunch for the first time in a year only a month ago,” she says. They talk every day, but because they work opposite schedules at their clinic, they may only have face time two to three times a month.

“I used to worry about ‘family and business,'” Dr. Okafo says. “When money is involved, it can get tricky with relationships. But we think alike, and things have really worked out. It’s nice to be in business with someone you can trust. And if it all goes wrong … I know where she lives! Actually, our parents always told us, ‘Don’t leave your sibling behind.'”

Inessa Fishman, MD, is a facial plastic surgeon in Atlanta at Artisan Plastic Surgery. Her sister, Mariya Fishman, MD, is a radiologist and her brother-in-law, Alexander Gluzman, MD, is a pulmonary/critical care doctor. Dr. Inessa Fishman’s family emigrated from Kiev, Ukraine in the early 1990s. Mom worked as an aesthetician, and her father initially delivered pizzas to support the family—whatever it took.

Although the sisters have different specialties, “the mental load of being moms, women and busy physicians is something we share,” says Dr. Fishman. “No one’s life is easy, but I’m glad my sister and I have each other to lean on, troubleshoot difficult patients with, and commiserate about tough days. My 7-year-old niece—one of my sister’s three children—had a chest laceration recently, and I was thrilled to sew her up in my clinic instead of sending her off to the ER. She asked me to pierce her ears at the same time, too!”

Will Dr. Fishman encourage her child to follow in her medical footsteps? “I honestly don’t know, and am struggling with this now,” she says. “My daughter is not quite three, and already talks about being a doctor frequently. She wanted to dress up as a doctor for Halloween, and of course, a big piece of my heart swelled with pride as I rushed off to buy her cute toddler scrubs and a white coat. I also can’t help but give in when she grabs a Baby Doctor Barbie at the store and hangs on to it for dear life.”

Still, Dr. Fishman says this job isn’t perfect, and she worries. “Medicine is a rewarding but challenging calling; training is demanding and isolating and nearly all-encompassing in our most youthful and productive years. Dealing with insurance reimbursements is frustrating, especially for my primary care and pediatrics colleagues, who make a pittance for their incredible care and years of ultra-high-level experience. Lots of patients can be noncompliant and unappreciative. There is little or no time off. I struggle with all this when I look at her.”

He wrote the book on this topic and a perfect afterward to this story. Dale Okorodudu, MD, authored How to Raise a Doctor: Wisdom From Parents Who Did It! “I’m telling you to not raise a doctor. Instead, raise a leader, and let that leader become a doctor, lawyer, author, president, or whatever he or she dreams to be. Let that leader change the world for the better!” 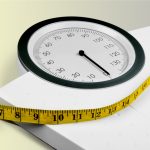