Brittany Maynard was diagnosed with grade 2 astrocytoma, a form of brain cancer on January 1, 2014, her cancer also returned in April 2014, where her diagnosis was elevated to grade 4 astrocytoma, also known as glioblastoma, with a prognosis of just six months to live. She decided to take lethal drugs prescribed by her physician to end her life on November 1, 2014, at her home in Portland, Oregon. Under Oregon’s “Death with Dignity Act,” she said her final goodbyes to loved ones and to the entire world.

During her final days, Maynard spent her time advocating for death-with-dignity laws. Her voice has been inspiring the right-to-die movement since her death, and her story remains a prominent argument for the “right-to-die” or “medical aid-in-dying” movement. She is the face of the United States medical aid-in-dying debate; she commanded worldwide attention, garnering over 16 million unique visitors who read her story on People.com. The “Brittany Maynard effect” forever changed the nation’s opinion on medical aid in dying and opened many doors, giving mentally capable, terminally ill patients the choice to end their lives humanely.

Maynard left behind a legacy: the gift of choice for the terminally ill

Indeed, the death-with-dignity movement continues its momentum still. The nation has only grown more acceptable of medical aid in dying because of the power of activism to continue to expand and improve end-of-life care options. In the years which follow this super-charged the movement since 2015, California, Colorado, the District of Columbia and Hawai‘i have authorized medical aid in dying. This movement is now particularly growing amongst millions of baby boomers. Boomers are a rallying voice as a generation that witnessed their parents pass away needlessly suffering due to not having the option of medical aid in dying. “Perhaps the most important benefit of medical aid in dying is that it is transforming end-of-life care in the same way childbirth care was transformed decades ago,” said Kimberly Callinan, CEO of Compassion & Choices.

End-of-life activists from all backgrounds tap into the collective consciousness of the world delivering awareness to the subject matter of how people desire their lives to end. And after, they team up with other volunteers for the cause, end-of-life activists from all over America to organize meetings, congregate with their coalitions, take action within their communities to advocate, educate and bring awareness to others about the importance of hospice care, end-of-life options and medical aid in dying. At a recent local event presentation held by activist organizers for a senior group, by a show of hands, the public response indicated the strong desire for medical aid in dying.

People want their lives to end peacefully, at home, with friends and family, with their pain and suffering minimized, and have their spiritual values respected. People who seek medical aid in dying are terminally ill people who want to live, but the reality is that they are dying. They are capable of making informed decisions. They plan their end-of-life care with their family and set the intent to have a gentle, peaceful death.

Medical aid in dying, however, is not suicide

Medical aid in dying is not the same as suicide; it is a way to give people with terminal illness and facing imminent death a way to die better and avoid the terrible, drawn-out deaths from chronic disease that often now occur. Laws in states that authorize this compassionate practice recognize the underlying disease as the cause of death on the deceased’s death certificate.

“As more states implement medical aid-in-dying laws, more and more patients have a voice in how they live the final chapter of their lives and how they die,” Callinan says. This conversation about the growing acceptance of medical aid in dying newly continues to grow even through the support of voters, support options which allow terminally ill patients to end their suffering peacefully, with politicians having little to fear from this issue. In a recent story published in Governing.com, Callinan also states nearly all of the lead sponsors of bills in 28 states to authorize medical aid in dying in 2017 and 2018 who ran for re-election won (13 out of 14 state senators and 49 out of 53 state representatives).

The platform for end-of-life activists for organizations such as Compassion & Choices, the nation’s oldest and largest end-of-life care and options advocacy group that was also the strategic partner of Maynard, focuses on legal advocacy, as well as a robust volunteer advocacy network, recognizing more than thousands of volunteers whose grassroots support help in passing bills. Although Brittany Maynard and other terminally ill advocates and activists might not have lived to see the death-with-dignity movement reach its critical mass, it is the end-of-life activists of today that have took it upon them to carry it forward.

Terminal illness, the end of life and dying is both a personal and individual experience. At what point does the balance in quality of life and quantity of days become imbalanced? Only the person experiencing illness can decide that. Only the individual can define what quality of life means for them when suffering becomes unbearable. Most of us have questioned our own end-of-life journey, whether or not we will suffer through pain, and so on. C&C stated that Brittany Maynard “died as she intended — peacefully in her bedroom, in the arms of her loved ones.” 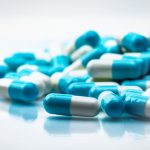 How a radiology trick can surprisingly help your finances 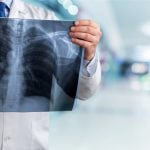