Too many doctors today believe that their income is what determines their level of success. This is a fallacy that is hurting way too many doctors. We hear things like, “Become a specialist so you can make the big bucks,” or “Now that I’m an attending, I can afford the payments on a new Tesla,” or “I’ve lived in an apartment too long, now is the time to get my doctor mansion.” It’s as if these items would define success.

Many doctors today leave residency with an enormous amount of student loan debt. They make the minimum debt payments, while ignoring the balance they owe, as they start living it up on their new attending income. Fifteen to twenty years later, they start thinking about retirement and suddenly realize that they are making a lot of money and have nothing to show for it. Many of these doctors call me seeking help to turn their financial lives around and begin saving for retirement.

Unfortunately, they have missed a great opportunity to have the time value of money work for them. The fifteen or twenty years of compound interest they have lost is very hard to recoup at this point in their lives.

As an example, let’s take a look at two doctor families that I know personally. Both families have a physician earner and a stay at home parent. Family A has been out of residency for 20 years. Their average take-home pay since residency was $200,000 a year, with an additional $40,000 per year retirement plan contribution. Today, family A has a net worth of $5,000,000. In addition to the office 401(K), they channeled a portion of each month’s income into savings or investments. They lived a nice life while taking several vacations a year. They paid cash for their cars and drove them for at least ten years, they vacation at family-friendly destinations, and the only household help they hire out is yard care.  They are debt free and have achieved early financial independence. Most would consider them wealthy, if they could see behind the scenes of their finances. This doctor retired at an age in the mid 50s with a nice lifestyle.

Family B is just waking up to the fact that they have been letting a lot of money slip through their fingers over the twelve years since leaving residency. Family B earns $750,000 a year from a very lucrative specialty practice. Yet after all this time, their net worth is hovering around zero. The good news is they have paid off all their student loans. Even though family B has a stay at home spouse, they employ a nanny, a cook, a housekeeper, and a gardener. They also drive very expensive exotic cars, travel on very expensive vacations, and they go out on the town to high-class social events three nights a week, leaving the kids at home with their nanny.

This couple lives an incredibly lavish lifestyle. They bought an 8,000 square foot house directly out of residency, spend $3,500 a month on household employees, $3,000 a month in car payments, $1,000 a month on wine, and when they travel they pay $1,000 a night for hotel accommodations. But they have nothing set aside for retirement. Besides their significant amount of consumer debt, they also owe the IRS for back taxes.

They are currently spending all of their $30,000 a month net income on a lavish lifestyle, which leaves nothing for their future. Their retirement accounts have not been funded. Success is defined as the ability to spend a very large amount of money each month, while not putting much consideration into net worth.

Now they are thinking about when they will be able to retire. The answer is never, if they stay on their current path. Imagine going from spending $30,000 a month while employed down to $4,000 a month of social security income at retirement with no savings. Talk about a culture shock.

What would Family B’s financial situation be like today if they had lived on less than what they made? What if they had only spent $20,000 a month and saved $10,000 each month for the last twelve years? Most people would feel that spending $20,000 a month would lead to a nice lifestyle. The average family in America spends about $4,000 a month.

What can you do if you find yourself in Family B’s position, needing to start saving for the future midway through your career? Since you do not wish to spend your retirement in relative poverty compared to your working years’ lifestyle, now is the time to make the necessary spending changes. Realizing there is a problem is the first step to a brighter future.

Take a hard look at where you spend each dollar. There are usually areas you can cut back on that will not noticeably affect your lifestyle. Simply paying attention to what you spend will make a huge difference in your future wealth.

Cutting back your lifestyle will be essential. You can choose to make the cutbacks now, or you will be forced to make them later. Which do you feel is the better option? Most people would pick making the choice themselves now before it’s too late.

You may need to cut back on some frivolity. With a stay home parent, does Family B really need to spend $3,500 a month on household help? Is a $1,000 a night in hotel accommodations really that much different than a $250 a night room? Is $1,000 a month spent on wine going to get you the future you want?

Let’s look at the lifetime cost of a $1,000 a month wine habit. If Family B were to reduce their wine budget to $100 a month and save the other $900 a month for an entire lifetime, what is the effect? Assuming this plan lasted from the time they got out of residency, say age 30, until their death, say age 80, that would be 50 years of investing. If the money grew over its lifetime at 8%, it would grow to over $7,000,000. One little change made early can make a huge impact on their future.

The high income we physicians make should be considered potential wealth, not actual wealth. Even the low paying specialties are making a relatively high income compared to the average American. But if we spend it all, it will not help our net worth. Many of us do not take advantage of the opportunity this high income offers us. Family A took advantage of their high income and lived a modest but very nice lifestyle and retired with a higher income than they were spending during their working years. Family B, if they don’t make some changes, will be in for a rude awakening when they reach retirement age.

Which family are you? Or are you something in between?  Do you spend all of your money now and leave nothing behind for the future? If so, are you ready to make a change?

Have you ever had a change of heart in regards to your spending rate? If so, what was the tipping point and how did you make the change? 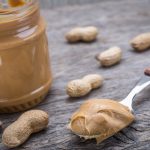 The fallacy of work-life balance in medicine 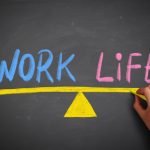