Peanut allergies can be a serious problem, and many exposures happen when our kids are at school. On average, there are probably about 5 peanut-allergic children in each of our nation’s 100,000 school buildings. What’s the best policy for schools to use to help protect these kids from potentially fatal reactions?

Different schools have taken different approaches, and as far as I can tell there is no authoritative national guideline to tell them what to do. So they’re “winging it.” Choices include:

Some schools have combined or blended these policies, and (hopefully) most also include an educational component for both teachers and students not to share foods. But the question remains: which of these really works to help prevent serious allergic reactions?

An August, 2017 study in the Journal of Allergy and Clinical Immunology provides some clues. The study was done in Massachusetts, where school nurses are required to report any administration of epinephrine. Since epinephrine should always be used for serious allergic reactions, those reports are a good way to track what’s going on. The circumstances of every epinephrine administration were reviewed, and only those given for nut or peanut reactions were included in the analysis. The authors also surveyed all of the Massachusetts’ school nurses to compile feedback on each school’s peanut policies, to see which policies were most successful in reducing the need for epinephrine.

The results might surprise you. Self-designated “peanut-free” schools had higher rates of administration of epinephrine than schools without a peanut-free policy. Now, the numbers of reactions were small, here, and different schools defined or enforced their policy of “peanut-free” in different ways. Still, a “peanut-free” designation was no panacea. It did not make epinephrine unnecessary, and was associated with an increased rate of peanut reactions. The authors speculate that this may be because the “peanut-free” school label may lead to a false sense of security.

The only policy that was associated with a decreased rate of epinephrine use was setting aside peanut-free tables in eating areas. Perhaps that’s because this kind of policy is easier to enforce.

Peanut-restrictive policies are an important part of protecting allergic kids, but they may have some downsides. Peanut-allergic children may be socially excluded or suffer bullying. And non-allergic kids may rely on peanut products as a healthy and inexpensive part of their diet. Whatever policies are pursued, they should be guided by the best evidence – what really works, and what best promotes the overall health of all of a school’s students?

Blanket policies may be less effective than a combination of several elements. Schools at every grade need to teach their students and faculty about food allergies and how to avoid exposures. And every food-allergic child needs an individualized plan that considers their risk of a life-threatening reaction along with their own ability to monitor their food intake. Epinephrine should be readily available in classrooms and eating areas (without requiring each individual child to have their own personal devices – that’s wasteful and expensive and awkward.) I know, that’s complicated and takes work. Schools prefer an easy-to-spell, one-sized-fits-all approach. Kids deserve better. 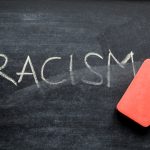 Physician income shouldn't be what determines your level of success 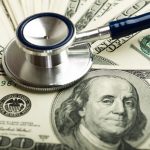