An excerpt from The Science of Near-Death Experiences.

Near-death experiences are an ancient and very common phenomenon that spans from ancient philosophy, religion, and healing to the most modern clinical practice of medicine.

Modern advances in medical knowledge make it possible to revive patients from increasingly severe, life-threatening injuries and illnesses, including cardiac arrest.  Upon being revived, such patients often report experiencing life-changing alternate states of consciousness, which they tend to interpret in spiritual terms.  Beginning in 1965, I interviewed several thousand individuals who had near-death experiences when they narrowly survived grave medical crises.  I conducted the interviews first as a professor of philosophy and logic, then later as a medical doctor and psychiatrist.  This paper is an overview of my research on near-death experiences their historical significance, their characteristics, their sociological dimension, and their clinical implications.

Near-death experiences are a perennially fascinating subject that bridges modern medical practice and ancient Greek philosophy.  The Greek philosophers Heraclitus, Democritus, and Plato theorized about people known as “revenants” who had supposedly died and came back to life. Heraclitus mused, enigmatically, that the revenant is somehow appointed to watch over the living and the dead.  Plato’s most famous work, The Republic, culminates in the story of Er, a warrior who was apparently killed in battle.  At his funeral, however, Er spontaneously revived and told a tale of moving away from his body and entering a complex afterlife world. Plato took stories like Er’s seriously as offering some assurance of a life after death.

Democritus, the founder of atomic theory, was also interested in stories of people who had returned from the dead.  In his writings, which now survive only in fragments, Democritus tried to explain ‘return from the dead stories’ in terms of his favorite explanatory principles – atoms and the void. He noted that there is no such thing as a moment of death. In other words, Democritus held that the experiences of the dying result from the gradual winding down process of the body before death. Clearly, people have known about near-death experiences for thousands of years.  Such experiences must have been quite rare in antiquity and the medieval periods, since surviving an extreme injury or illness was much more uncommon. Scattered reports exist from those times, but the situation changed dramatically in the late twentieth century.

The last several decades of the twentieth century saw momentous breakthroughs in technology and procedures for cardiopulmonary resuscitation. Widespread use of these new techniques soon dramatically increased the number of people who survived a close brush with death.  By the mid-1970s, there were so many individuals who had undergone near-death experiences that the phenomenon was bound to come to the attention of the public.  My book, Life after Life (1975), an analysis of about 150 cases of near-death experiences was apparently the catalyst that woke the modern world up to this ancient phenomenon.

Since then, numerous physicians and psychologists have interviewed large numbers of patients who recounted near-death experiences.  These physicians include, for example, cardiologist Michael Sabom, MD, psychiatrist Bruce Greyson, MD, cardiologist Pim Van Lommel, MD, resuscitation specialist Sam Parnia, MD, radiation oncologist Jeffrey Long, MD, psychologist Kenneth Ring, PhD, and others.  All these authorities and others have published their findings, and a large professional and popular literature on the subject has accumulated.  A consensus has emerged among researchers that experiential reports of near-death experiences tend to conform to a discernible, common pattern.

Survivors of close calls with death usually recount their transcendent experiences in the form of a travel narrative.  They tell us that their consciousness leaves their body and rises upward, where they witness the resuscitation procedure going on below.  They seem to pass through a dark enclosure they may compare to a brilliant white light.  However articulate they may be, they say that the experience is ineffable and indescribable. Words are inadequate. They say that in the bright light they feel comfort, joy, peace, and love so intense as to be almost palpable.   They say that they perceive the spirits of deceased loved ones, departed relatives, and friends who seem to be there to welcome them.  These patients also say that they re-experience in vivid detail the events of their lives in a sort of holographic, full-color panorama.  Although it takes only an instant, they report reviewing the actions of their lives emphatically, from within the consciousness of others with whom they had interacted rather than from their original perspective.

Patients differ as to how they got back.  At one moment they were immersed in the light and the next moment they were back in their hospital beds with no sense of a transition.  Other patients say that they were told, perhaps by one of their deceased loved ones, that they had to go back; that they had things left to complete.   Yet other patients say they were given a choice.  They could either stay in the light and continue that experience or return to the life they had been living.  Most commonly, these patients say that for themselves they would have preferred to stay in the light, however, they chose to go back for someone else, usually to raise their young children.

Upon returning, these patients remark that their near-death experiences profoundly changed their lives.  They say that their experiences convinced them personally that there is an afterlife so they no longer fear death. These patients say that whatever they might have been pursuing in their lives before – power, wealth, fame or something else – their experiences convinced them that the most important goal in life is to learn to love.  Although they still find that goal as difficult to realize as anyone else, their near-death experiences commit them to pursuing love.

Raymond Moody is a physician and contributor to The Science of Near-Death Experiences. 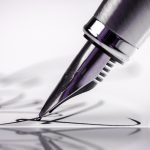 Despite progress in cancer care, cost and equity challenges still must be addressed 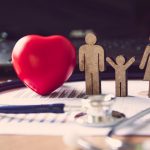