Good news is always welcome, especially when talking about something as serious as cancer. And there is plenty of welcome information in the American Cancer Society’s release of our annual report on “Cancer Statistics, 2019” and its accompanying consumer-oriented version of “Cancer Facts & Figures 2019.”

Among the good news in this report: A significant decline in death rates from cancer — especially among some of the most common cancers, significant improvements in early detection and treatment of cancer, and a decrease in the disparities in death rates between African-Americans and whites.

Despite the good news, unfortunately, there are also pieces of the puzzle that have not been solved. And to ignore that information is a disservice to those who struggle with cancer and those who have passed because of this dread disease. The reality is we can — indeed, we must — do better. And that fact is an equally important part of the information contained in this report.

First, the good news statistics just as they are reported:

There are several cancers where early detection and treatment have resulted in significant 5-year survivals:

All these numbers add up to an astounding 2.6 million — yes, MILLION — premature deaths from cancer averted over those 25 years. The impact of that reality is nothing short of remarkable in so many ways.

And then there are other important pieces of this puzzle:

Yet, as mentioned, there are serious issues we must recognize and deal with if we are to continue to tilt the odds in favor folks throughout the country:

Lung cancer is not immune to the unfortunate news:

So, what is the bottom line of all these numbers?

We are making progress in reducing the burden of cancer in this country. We have made strides; however, we could do far better. It wouldn’t necessarily take some great new breakthrough drug or procedure, although we are making considerable progress on that front as well.

No, for many the answer isn’t necessarily the great breakthrough. It’s the everyday blocking and tackling that will continue to make a real difference: healthy lifestyles, access to accurate information (such as that found on our website at cancer.org) and access to care. It’s about making certain everyone has that access no matter their circumstances, no matter where they live.

If we would do that and continue our research into the causes of cancer and the development of new drugs as well as determining the best ways to use those treatments we already have, then this march towards progress will continue. If we don’t do that, then we have only ourselves and our commitment to hold accountable.

It’s OK to care more about things outside of medicine 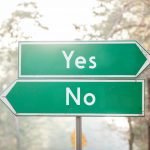 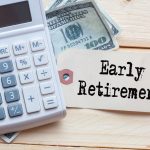 Behind the recent good news in cancer statistics
1 comments